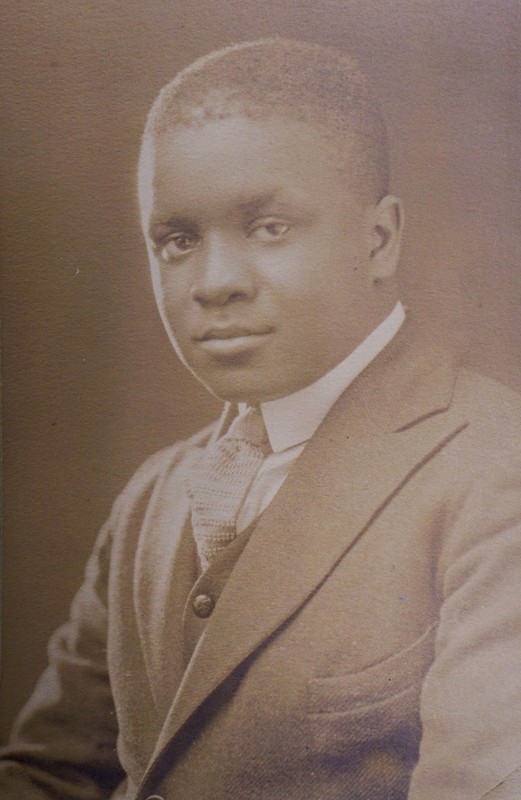 Photograph of Vermont Edward Allen in 1924

Allen was known to his classmates at Rutgers as “Ethan” or “eight ball.” He did not live on campus, but rather commuted daily by train. The author of Allen’s senior yearbook biographical note teased him, writing in the Scarlet Letter: “‘Ethan’ commutes to our midst daily from Metuchen, but stoutly denies that his complexion was caused by the soot and smoke of the Pennsy Railroad.”

After graduating from Rutgers in 1924, Allen taught in the American South, where he met his future wife Katherine Merriwether, before attending law school at New York University. After finishing law school, he lived in New Brunswick and worked for the State Highway Department and as a freelance title examiner. Allen died in 1961.

Poem about Allen in the Scarlet Letter yearbook

Senior biographical note from the yearbook