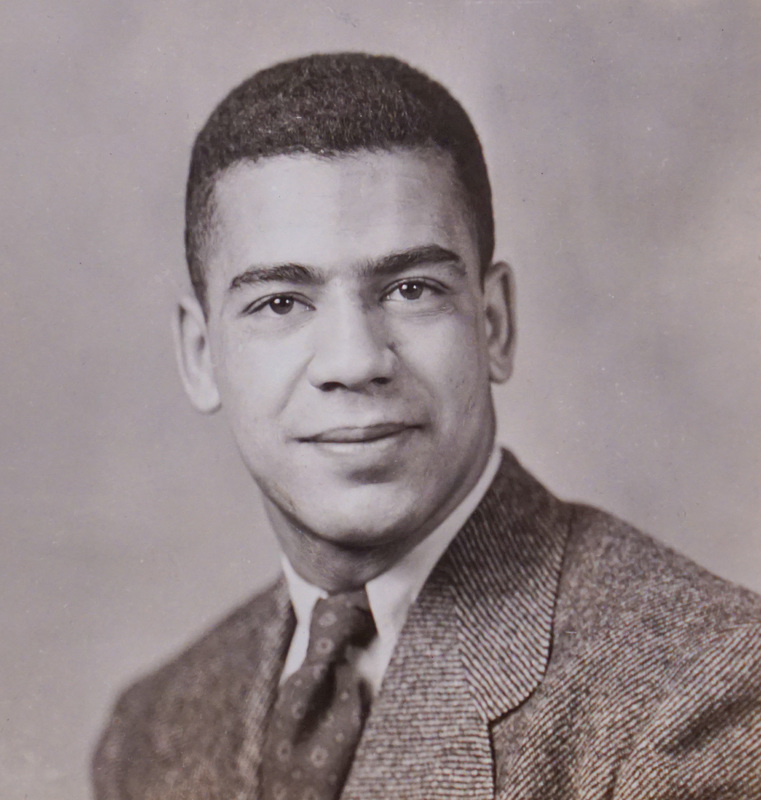 Moss matriculated at Rutgers 1937. While at Rutgers, he was roommates with Walter G. Alexander II and Harry Hazelwood Jr., African American students who enrolled two years after Moss. He played football and lacrosse. In 1941, Moss graduated from Rutgers with a bachelor’s in history. He then served in the Army from 1942 to 1946, winning a Bronze Star and a Silver Star.

After World War II, Moss worked for the New Jersey Department of Education and then as a social sciences teacher in Princeton public schools. In 1949, he earned a master’s in history from Princeton, and he is believed to be the first regularly admitted African-American to earn a degree from Princeton’s Graduate School. In 1950, he published an article in the Journal of Negro History, that detailed the persistence of slavery and other forms of involuntary servitude in NJ through the Civil War, and explored the emergence of the free black community in the revolutionary era and its growth.

He was called up for the Korean War and he served from 1950 to 1952. He remained in the Army Reserve and retired as a lieutenant colonel in 1980.

In 1964, he joined the Newark School System as the Coordinator of Community Relations. By 1969, he was appointed Superintendent of the Essex County schools. Retiring in 1975, he became vice president of Essex County College in Newark and also held other executive education positions until full retirement in the mid-1990s.

He married Edith Ashby in 1946 and they had two children. A longtime resident and community leader in Princeton, Moss died April 29, 2007, at the age of  87. 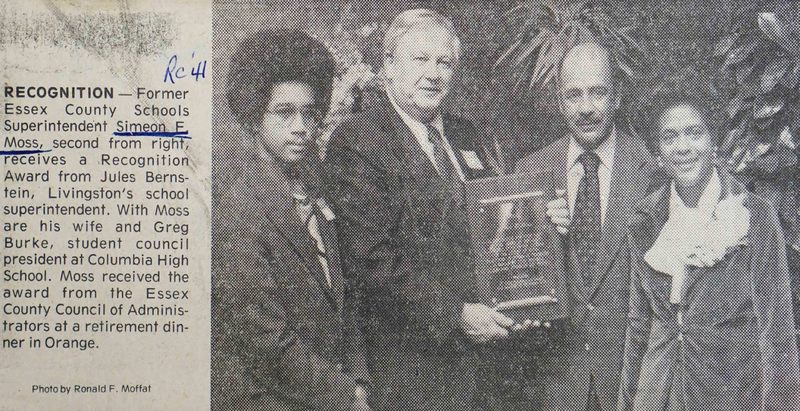 Photograph of Simeon F. Moss receiving a Recognition Award from the Essex County Council of Administrators in 1975.