Harry Hazelwood Jr. attended Rutgers on a scholarship. He majored in History and Political Science. Hazelwood established himself as a leader at Rutgers and was involved in many campus clubs and activities. He became friends with Arthur M. Johnson RC1943, who shared Hazelwood’s interest in public speaking, and together they participated in the Economics Society, History and International Relations Club, and the Tau Kappa Alpha national honor society. 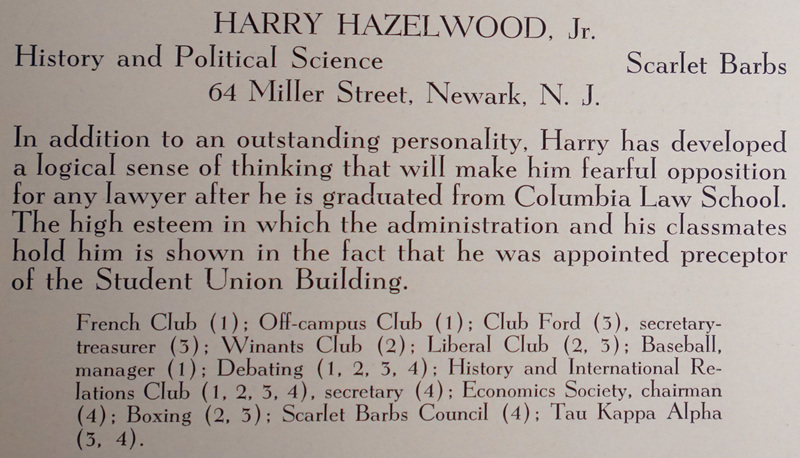 After graduating from Rutgers in 1943, Hazelwood went to Cornell Law School. In 1945, he became the first African American student to obtain a law degree from Cornell. He then returned home to Newark where he built a successful career as an attorney and judge. 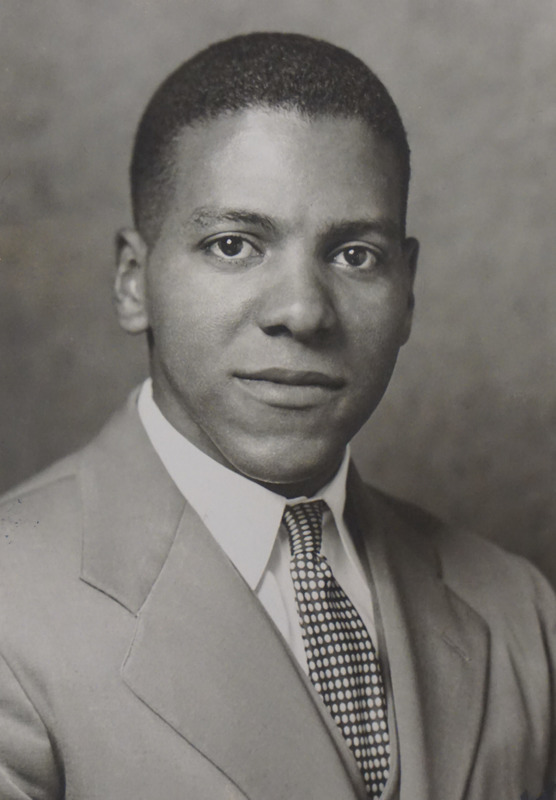 Hazelwood ran his own law firm for about a decade, then became Assistant Essex County Prosecutor in 1956. In 1958 he was appointed a municipal magistrate, making him the first black judge in Newark. He was subsequently appointed to the Essex County Court (1974), and then to the Superior Court of New Jersey (1978), where he remained until his retirement in 1991.

Throughout his career, Harry Hazelwood Jr. was involved with many civic organizations in Newark. In 1947, when Hazelwood was twenty-six years old, he became president of the Newark Branch of the NAACP (National Association for the Advancement of Colored People). He continued his involvement with the organization for many years and served multiple stints as president of the local branch. 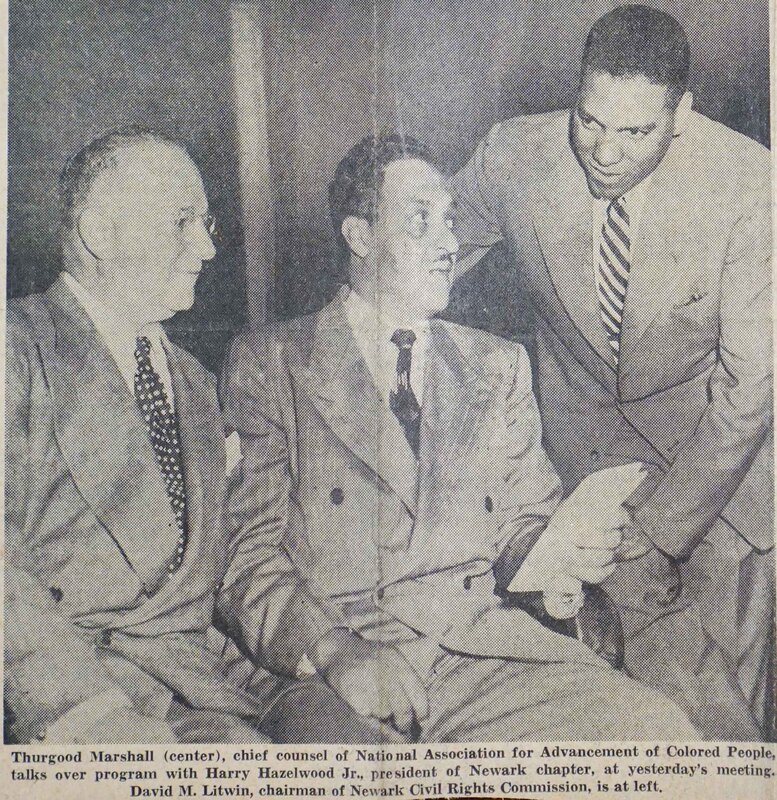 This photograph of Harry Hazelwood Jr. was taken in 1950 at an NAACP event in Newark. Thurgood Marshall (then chief counsel of the NAACP, and future Supreme Court Justice) is in the center, and David M. Litwin (chairman of Newark Civil Rights Commission) is on the left.

Judge Hazelwood was also involved with the Newark Boys Club, the National Conference of Christians and Jews, the Urban League of Essex County, the American Red Cross, and the Interracial Council for Business Opportunities in New Jersey. He was a member of the Alpha Phi Alpha Fraternity and served as president of the fraternity's Alpha Alpha Lambda Chapter in Newark.

Hazelwood maintained a close link with Rutgers after graduation. He served for many years as the president of the Rutgers Club of Newark and was honored with the Loyal Son Award from the Rutgers Alumni Association.

Hazelwood was married for over 50 years to Ruth Gainous, and they had two sons, Harry and Stephen. In retirement, the Hazelwoods left Newark and moved to Daytona Beach, Florida. Harry Hazelwood Jr. died in Florida on September 20, 2007. 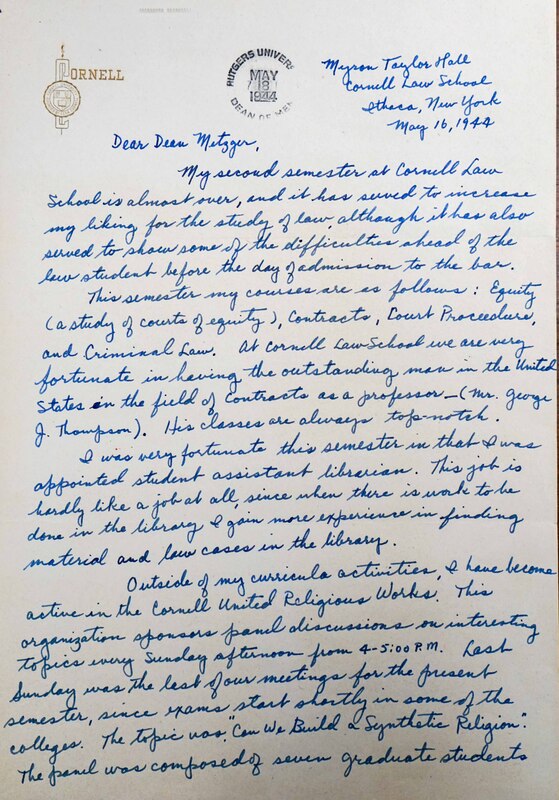 Letter from Dean Metzger to Cornell Law School, May 21, 1943 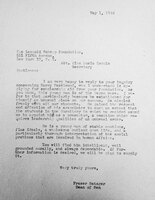 Letter from Dean Metzger to the Leopold Schepp Foundation about a scholarship, May 1, 1944 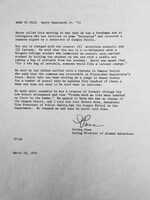 Harry Hazelwood Jr. in the news 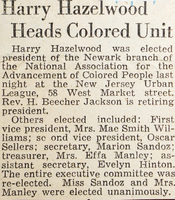