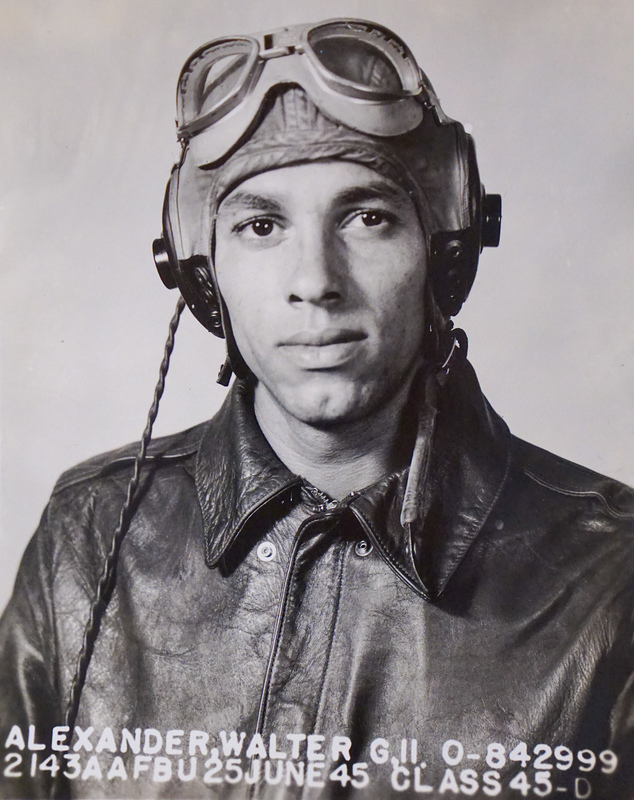 Walter Gilbert Alexander II was born in 1922 in Petersburg, Virginia. He was born into a family with multiple generations of doctors who migrated from Virginia to New Jersey following a chain migration pattern. Alexander was named for his great uncle, Walter Gilbert Alexander—a Virginia-born physician and politician who settled in Orange, New Jersey, and became the first African American elected to the New Jersey state legislature in 1920. Alexander’s father was a dentist who decided to relocate to New Jersey to join other members of the family; he was active with the NAACP. His mother attended Fisk University and worked as a social worker for the City of Orange.

In 1943, Alexander became the first African American student to graduate from the Rutgers School of Engineering. After graduation, he first went to Los Angeles for an engineering job with Douglas Aircraft and then decided to enlist in the war effort. He completed pilot training at Tuskegee just as World War II was coming to an end in 1945. He was commissioned as a second lieutenant with the Army Air Force, but did not fly a combat mission. After his discharge from the military, he struggled to find an engineering job in the swollen post-war job market in a profession that only offered African Americans very limited opportunities.

Alexander then decided to fulfill his father’s long-held hope of carrying on the family legacy in medicine. He went to dental school at Howard University and graduated in 1952 with a doctorate in dental surgery. He returned to New Jersey to practice dentistry. Twenty years later he once again added another “first” to his list: this time becoming the first African American to serve on the New Jersey State Board of Dentistry from 1972 to 1977. He continued practicing dentistry until 2007.