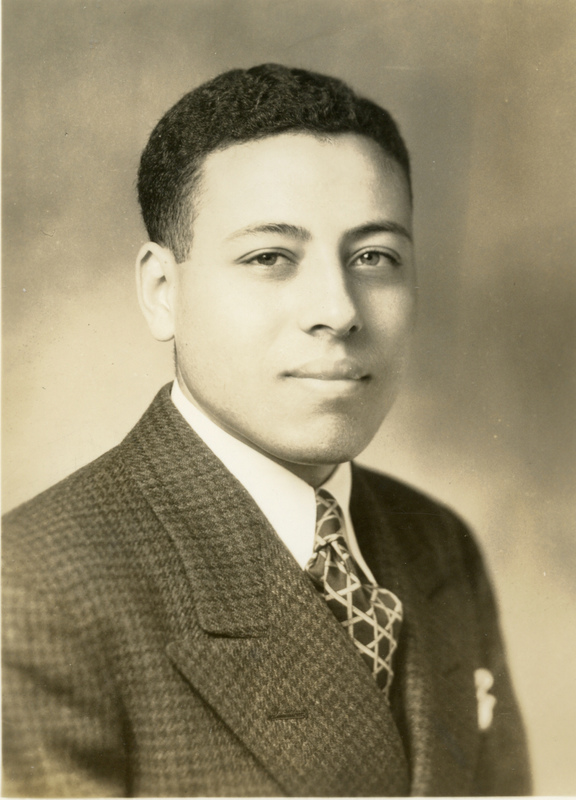 Photograph of Malcolm Baxter in 1938.

Malcolm Baxter was born in Orange, New Jersey in 1915.

Baxter enrolled at Rutgers in the fall of 1934. After graduating in 1938, Baxter and his brother briefly ran a food distribution business.

Drafted in early 1942, Baxter served in World War II as a sergeant in a quartermaster battalion. Baxter won a Bronze Medal for his service in the European Theatre during World War II. After returning to the United States, Baxter worked for GMC and then as a chemist.

Malcolm Baxter’s life as a light-skinned man who could pass across racial lines is examined in the chapter “Race as Reality and Illusion: The Baxter Cousins, NJC, and Rutgers University” in the book Scarlet and Black, Volume 2: Constructing Race and Gender at Rutgers, 1865-1945.