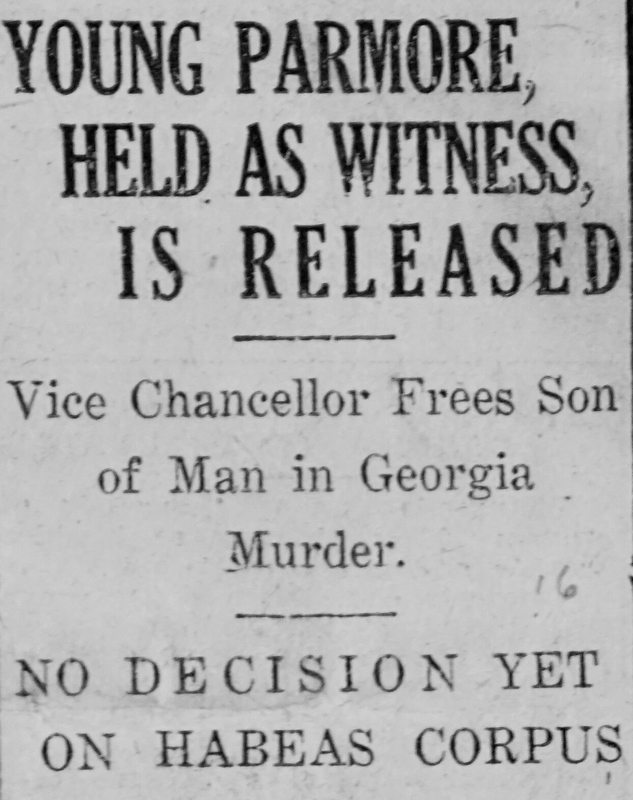 The Middlesex County Prosecutor and attorney Klemmer Kalteissen argued before the New Jersey Court of Chancery on January 8, 1924. In front of a largely black audience who travelled from New Brunswick, Newark, and Jersey City, Kalteissen reiterated his argument that Parmore’s Fourteenth Amendment rights would likely be violated if he was extradited to Georgia. After listening to Kalteissen, Vice Chancellor John H. Backes asked, “Is this court to assume that the courts of Georgia will not mete out justice as the New Jersey courts would? Are we to assume that the State has not sufficient power to put down mob rule and violence?” Kalteissen responded, “I think the court is to assume that.” Unconvinced, the Vice Chancellor ruled in favor of the state, arguing that that fear of lynching is not legal grounds to block extradition. However, the Vice Chancellor did order the immediate release of Parmore’s son Serai, who had been jailed in New Brunswick without criminal charges since his father’s arrest a month prior.

Following their defeat before the Court of Chancery, members of the New Brunswick NAACP recognized that simply stalling Parmore’s extradition might be the most effective strategy for avoiding lynching. If Parmore’s extradition was delayed long enough for the Dyer Anti-Lynching Bill to become law, then he might be afforded new legal protections before his trial. As Reverend Charles C. Weathers announced at the next meeting at Ebenezer Baptist Church, “We hope to continue the protest until the anti-lynching bill, now pending in Congress, becomes a law, and trust that the Southern Democrats will not filibuster it to death as they did a previous bill. By that time we hope Parmore can be sent to Georgia in safety and with reliable assurance of a fair jury trial.” Unfortunately, Reverend Weathers's hopes for the anti-lynching bill never materialized as the Southern senators succeeded in killing bill. 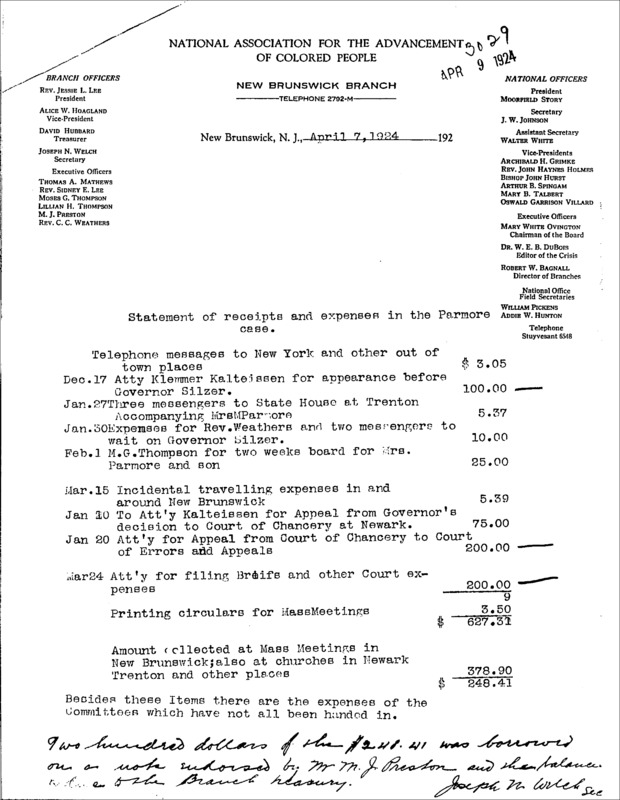 NAACP's statement of receipts and expenses in the Parmore case

While Kalteissen kept Parmore’s case detained in Appeals Court, the local NAACP continued to seek publicity and fundraise. A receipt submitted to the national office on April 7, 1924, reveals that to date, the branch had raised $378.90. Yet the branch’s expenses, including legal fees and support for Parmore’s wife, totaled $627.31. The national office declined to subsidize the debt amassed by the local branch, and following one last failed appeal, Silas Parmore was escorted back to Georgia by the Iron City Chief of Police on June 4, 1924.

Click any image below to access the full text of the article or browse our collections for more items tagged Silas Parmore. 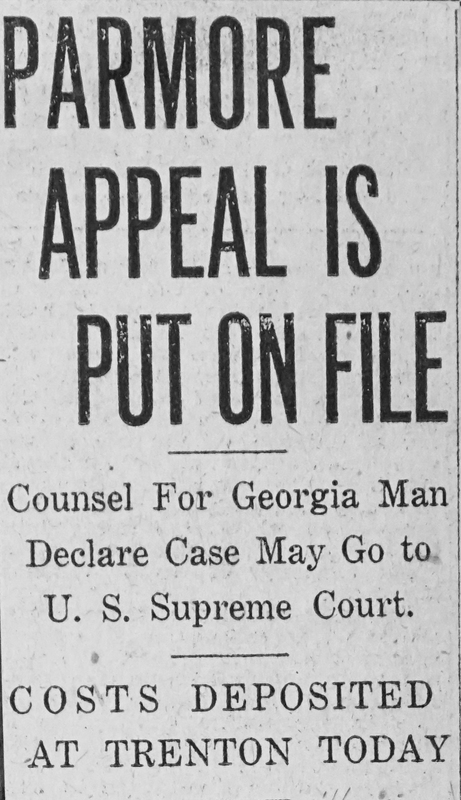