Lobbying for the Dyer Anti-Lynching Bill 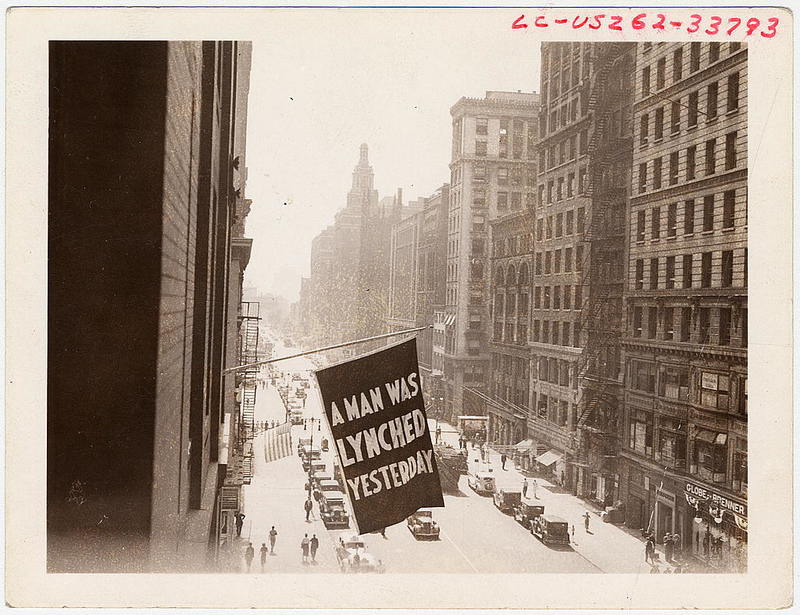 Lynching, the mob killing of alleged transgressors without due process of law, was a primary means by which whites terrorized and controlled African Americans. Thus, the passage of anti-lynching legislation was a central goal of the NAACP. In 1919, the National NAACP announced its support for the Dyer Anti-Lynching Bill, which would have made lynching a federal offense and assured lynch mobs would face murder charges. With concerted lobbying from the NAACP, the US House of Representatives passed the bill in January 1922. During the summer of 1922, as the Dyer Bill awaited a vote in the Senate, the NAACP instigated an extensive public campaign that resonated across the country. Although lynching was largely seen as a Southern crisis, many Northern blacks still had family ties in the South, or were recent migrants themselves, and they knew the horrors of lynching well.

Black New Brunswickers were especially vocal in expressing their solidarity against lynching. In May 1922, the local NAACP sponsored a Memorial Day address by Reverend Charles C. Weathers, pastor of Ebenezer Baptist Church, who railed against the government’s complacency: “while Congress debates the question and the President plays golf, Sunday school excursions go forth to see the latest victim among my people burned at the stake or hanged from some tree without the slightest pretext of administering the law.”

And at the National NAACP Convention held in Newark in June 1922, Reverend Joseph Stiles of the local AME Church performed a song he composed and dedicated to the New Brunswick branch, titled “Dyer, and His Fight Against Lynching.” In September 1922, Walter F. White visited the New Brunswick branch again and spoke to an eager crowd on the importance of a collective fight against lynching.

Click any image below to access the full text of the article or browse our NAACP Clippings and Documents Digital Collection for more items.