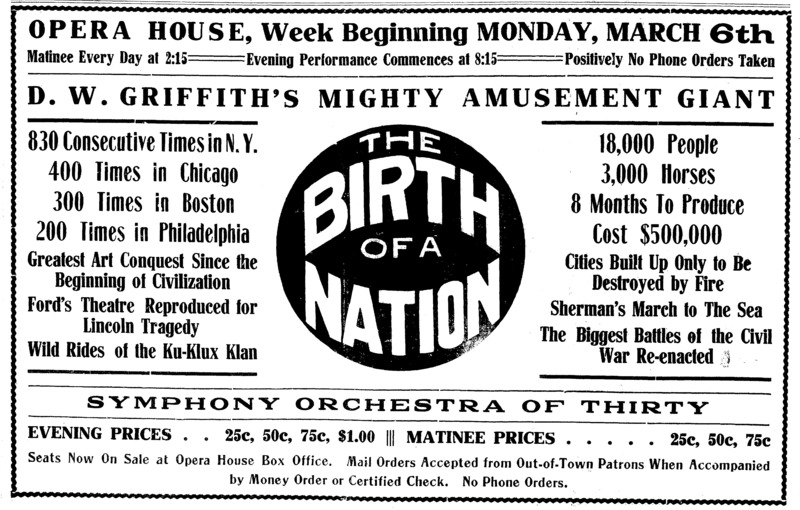 Visit our exhibit Ku Klux Klan in New Brunswick for more about The Birth of a Nation. This is an ad for a screening at the New Brunswick Opera House in 1916.

The National Association for the Advancement of Colored People (NAACP) was founded in 1909 by a group of black activists and white liberals committed to securing the rights of African Americans and fighting racial prejudice. With its national office located in New York City, the NAACP focused on local organizing and encouraged the establishment of smaller branches in cities throughout the country. Membership soared to 90,000 by 1919, partially aided by the publicity the NAACP received for its protests against the 1915 film The Birth of a Nation. 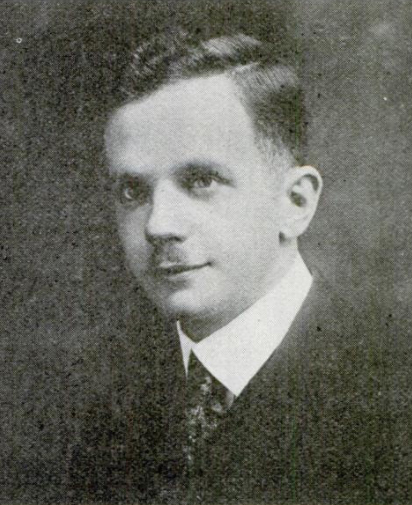 The first meeting of the New Brunswick branch of the NAACP was held on March 1, 1922. Initial community enthusiasm was strong, with the new organization securing nearly 100 members in its first week alone. Meetings were held on Wednesday evenings, and in order to attract the largest audience possible, the location alternated between Ebenezer Baptist Church and Mt. Zion AME Church. Meetings typically featured political speakers (both black and white, male and female), lively discussion, prayer, and musical entertainment. Prominent New Brunswick residents, including the city’s religious, civic, and philanthropic leaders were also frequently in attendance.

In April 1922, the branch organized a special mass meeting in the auditorium of New Brunswick High School for a speech by Walter F. White, Assistant Secretary of the National NAACP. White proclaimed that racial prejudice was not just a Southern issue, claiming that the recent increase in black migration to the urban North had heightened racial animosity among Northern whites.

White promoted the NAACP as the main organization taking up “the fight of the colored man to obtain his rights,” and many additional New Brunswickers joined the local branch that evening. Reporting on the event, the New Brunswick Daily Home News noted that even “Some white people who heard the addresses came away with a new understanding.”

Click any image below to access the full text of the article or browse our NAACP Clippings and Documents Digital Collection for more items. 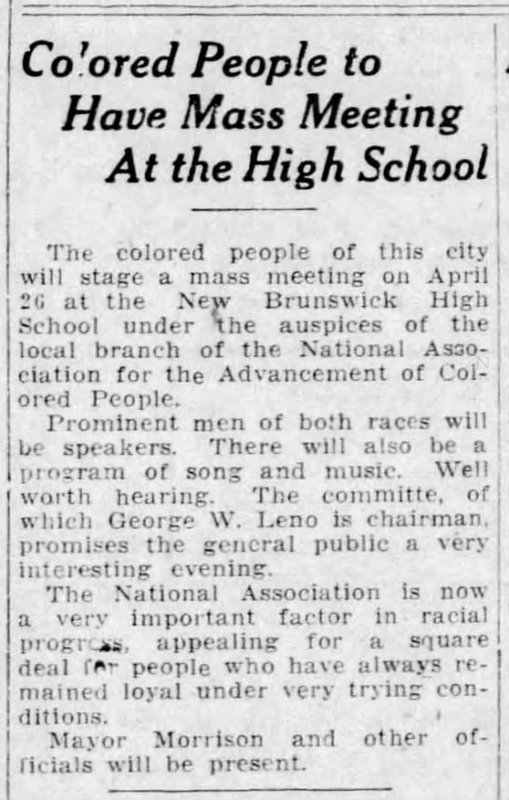 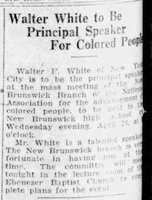 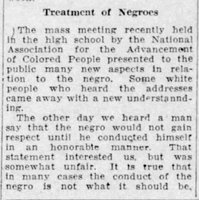