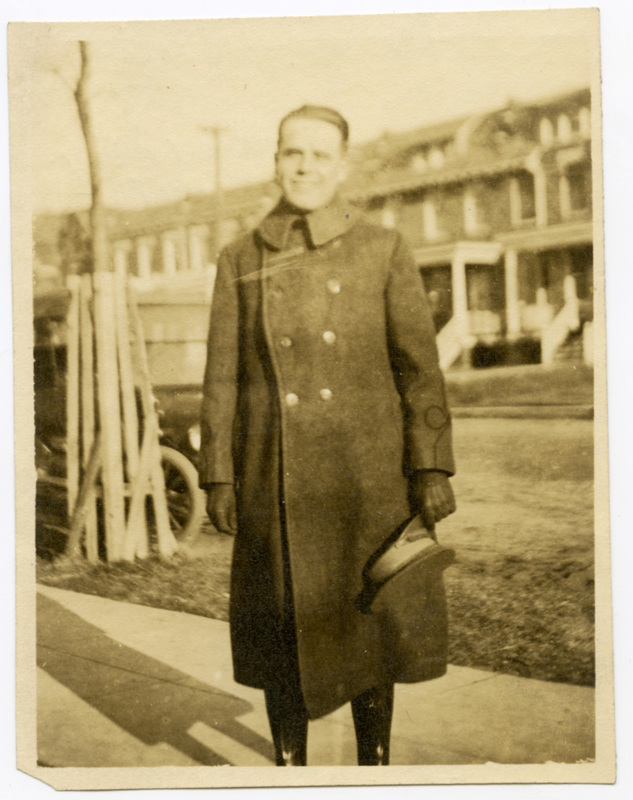 Klemmer Kalteissen was born on August 5, 1894, in New Brunswick to Peter Kalteissen, a German immigrant, and Sophie Weigel, a New Jersey native. After attending New Brunswick High School, he matriculated at Rutgers College. He entered Rutgers College with the class of 1916 and then received a Bachelor of Laws degree in 1917 from the New Jersey Law School (now Rutgers Law School). Upon completing his studies, Kalteissen enlisted in the United States Army to assist in the war effort. Following his honorable discharge in 1919, he returned to New Brunswick and established a law office on Paterson Street.

Kalteissen quickly developed a reputation as a man “keenly interested in all that goes toward community betterment.” Perhaps his progressive reputation is why in October 1923, Rutgers Alumni Monthly teased Kalteissen for his initials, writing “Klemmer Kalteissen, who is two-thirds of the way to the well known K. K. K., is a rising young barrister of New Brunswick.” This note in the alumni magazine was published at a time when the KKK was developing a visible presence in New Brunswick and about two months before Kalteissen would get involved in the Parmore case.

When Kalteissen was hired by the local NAACP to represent Silas Parmore in December 1923, he was only twenty-nine years old and in the midst of a highly contested County election. In November, Kalteissen, a Democrat, was elected to the Middlesex County Board of Freeholders by a margin of three votes. The Republican-led Board instigated a very public recount that would not be resolved until February 1924, when it was finally announced that Kalteissen lost by a margin of eight votes. 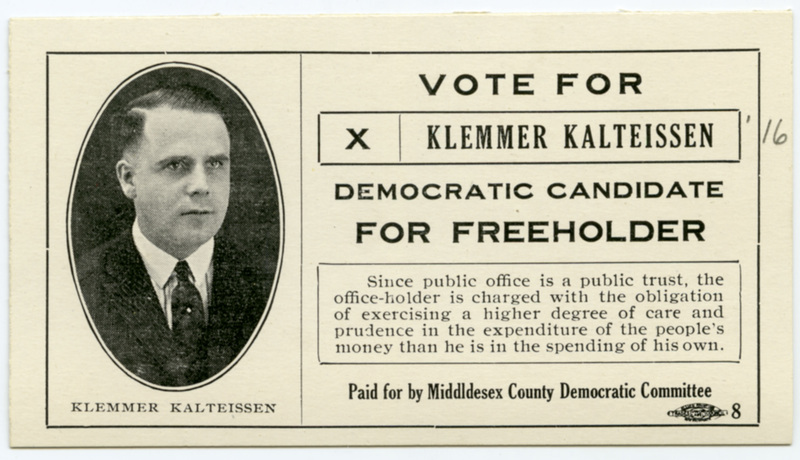 In the wake of the Parmore case, Klemmer Kalteissen continued to develop a distinguished political and judicial career. In 1925, he successfully ran again for Freeholder of Middlesex County, a position in which he would be subsequently re-elected five consecutive times. In 1940, Governor A. Harry Moore appointed him a Judge of the Court of Common Pleas. Kalteissen went on to serve as a judge for 24 years before stepping down from the New Jersey Superior Court in 1964 and returning to his private practice in New Brunswick. His philanthropic work in New Brunswick was equally extensive. At various times he served as president of the Neighborhood House and the Robert Wood Johnson Foundation, he was on the board of the Children’s Services Bureau, and he was the director of St. Peter’s University Hospital.

Kalteissen died on April 17, 1984, at age 89. A friend recalled, “He was widely recognized for modesty, fairness and kindly consideration to attorneys, clients and witnesses alike.” 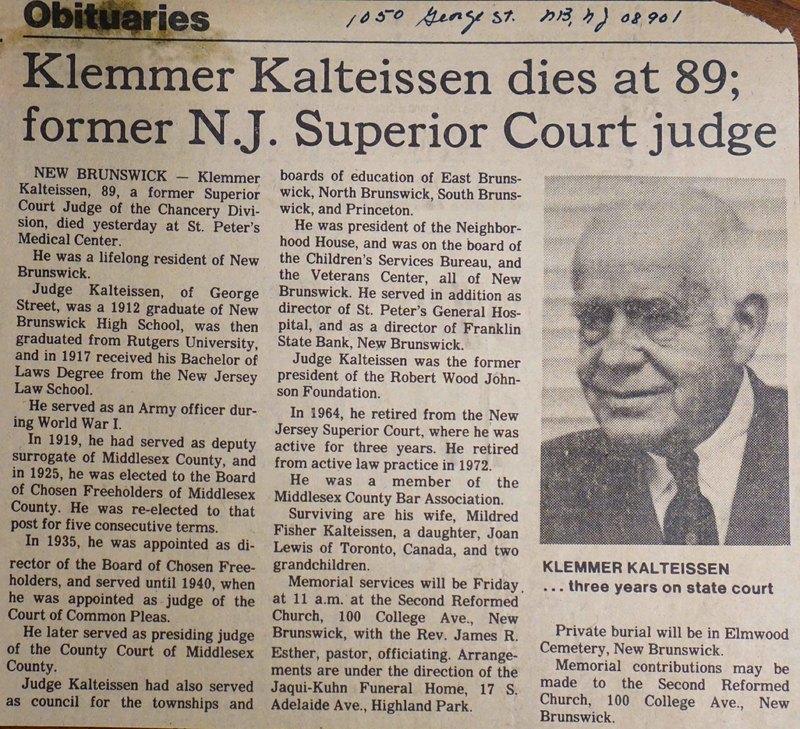