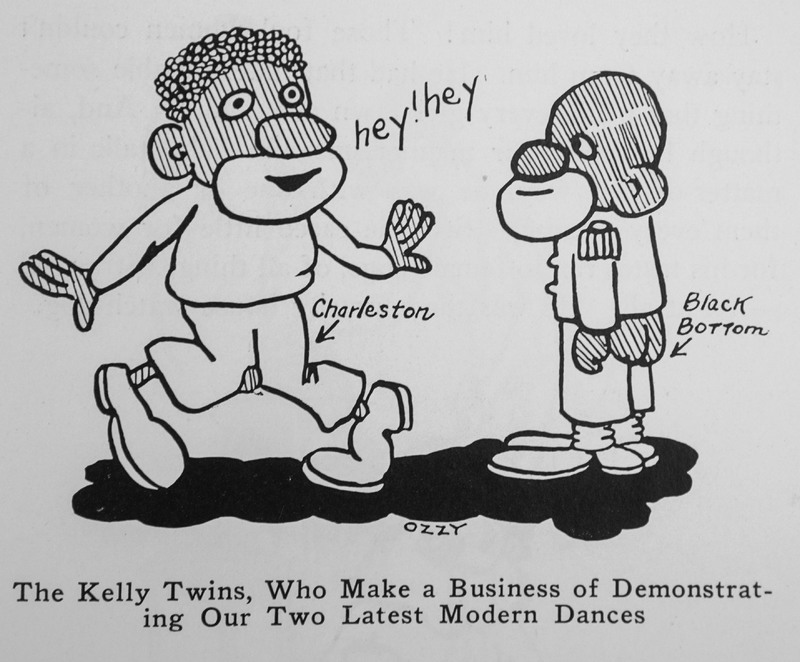 Cartoon printed in September 1926 in the Chanticleer, a humor magazine produced by Rutgers students. The image depicts two black characters who are supposed to be demonstrating two popular dances—Charleston and Black Bottom—as indicated by labels next to the characters. The first character exclaims "hey! hey" and performs the distinctive Charleston move, kicking up his heels with his knees close together. The second character stands still with his naked buttocks exposed, the label "Black Bottom" pointing to his backside. The caption below the image reads: "The Kelly Twins, Who Make a Business of Demonstrating Our Two Latest Modern Dances."

Black Bottom was a dance with roots in African American culture; it became a mainstream dance craze in the 1920s. For another cartoon referencing the Black Bottom dance in the Chanticleer, see this archival item: Fanny Foosle Demonstrates Black Bottom.