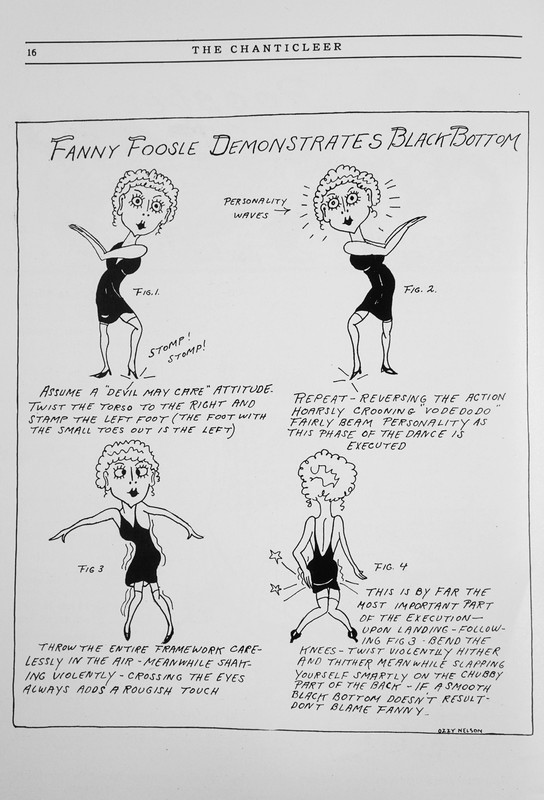 Cartoon printed in March 1927 in the Chanticleer, a humor magazine produced by Rutgers students. The cartoon consists of four images of a white woman demonstrating the Black Bottom dance, with instructions below each image. The title of the cartoon is "Fanny Foosle Demonstrates Black Bottom."

Black Bottom was a dance with roots in African American culture; it became a mainstream dance craze in the 1920s. For another cartoon referencing the Black Bottom dance in the Chanticleer, see this archival item: Charleston and Black Bottom.