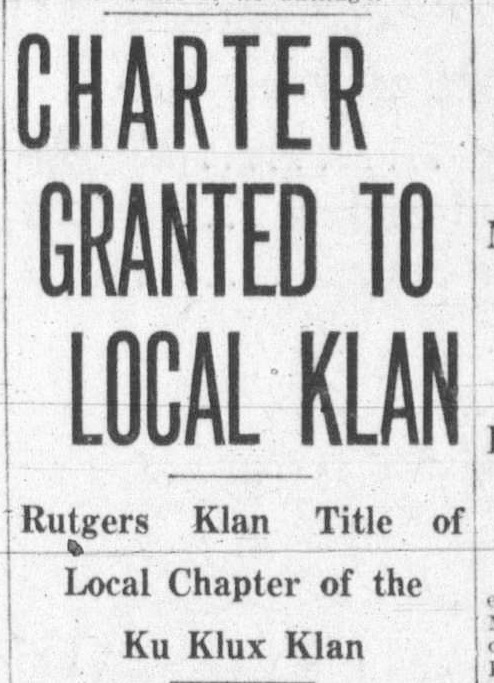 The rapid increase in the size and strength of the Middlesex County Klan ultimately led to its dissolution into smaller, city-based klans. On March 7, 1926, the national Klan headquarters in Atlanta granted New Brunswick its own independent charter in a ceremony presided over by New Jersey’s Grand Dragon, Arthur H. Bell. The chapter adopted the official title “Rutgers Klan, Number 44 of the Realm of New Jersey.” While other New Jersey chapters like those in Newark and Wildwood named their klans after prominent patriotic figures like George Washington and Theodore Roosevelt respectively, the New Brunswick klan paid tribute to its city’s most prominent institution. Yet because the Klan closely guarded its membership rolls, it is unknown which klan members, if any, were also formally affiliated with Rutgers University. 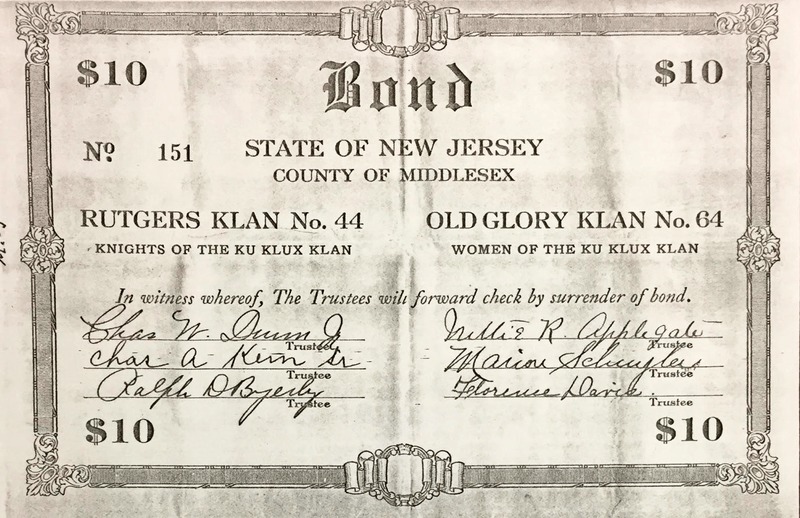 Undated bond from Rutgers Klan No. 44.

The Rutgers Klan attracted a sizable number of New Brunswick’s white, native-born, protestant community. The Daily Home News estimated that nearly 500 members attended the group’s first outdoor meeting. Along with its women’s auxiliary, “Old Glory, Number 64,” the Rutgers Klan supported the organization’s state and national agenda often through hosting public events and conducting local fundraisers like issuing bonds. Although there appears to be no record of members of the Rutgers Klan committing overt acts of physical violence, members did work to advance anti-immigration bills and elect pro-Klan officials into positions of local authority with varying levels of success. 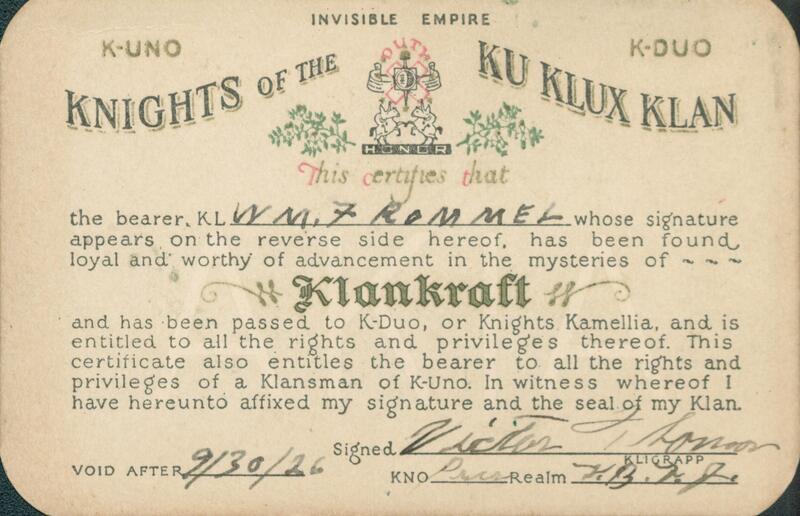 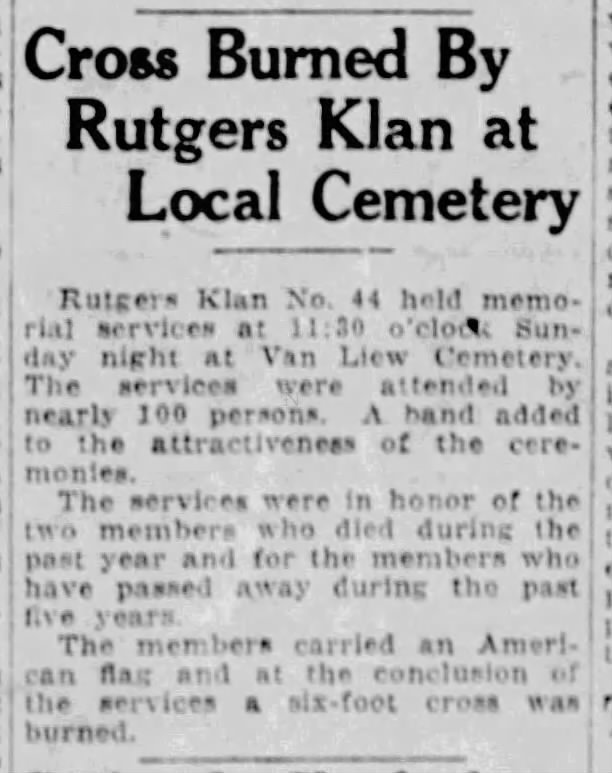 The downfall of the “second Klan” began in the late 1920s as public scandals and leadership disputes undermined the organization and new immigration laws satisfied the nativist calls of many white Protestants. Yet despite the increasing marginality of the Klan in American public life, the Rutgers Klan managed to prolong its existence well into the 1930s before finally disbanding. An active presence in New Brunswick for nearly a decade, the Rutgers Klan shattered any illusions of the city as exempt from the terrors of Southern-style racism.