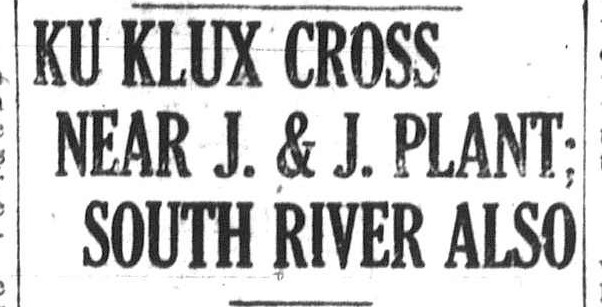 The success of the Klan’s May 1923 initiation ceremony near New Brunswick helped to unleash a period of sustained Klan activity in the city. Though members of the Middlesex County Klan largely managed to conduct their meetings and endeavors covertly, a series of prominent cross burnings throughout the city ensured that residents felt the Klan’s presence.

The Klan carefully selected locations that would attract the most attention and often carried special significance. Large fiery crosses were found on George Street at the Johnson & Johnson factory, as well as on Comstock Street near the Pennsylvania Railroad. On one night alone, the Klan set four crosses ablaze, two near city entrances at Buccleuch Park and the Lincoln Highway, and two in the predominantly black Second Ward neighborhood. The concentration of burning crosses in the Second Ward suggests a deliberate effort on behalf of the Klan to terrorize the city’s black residents. 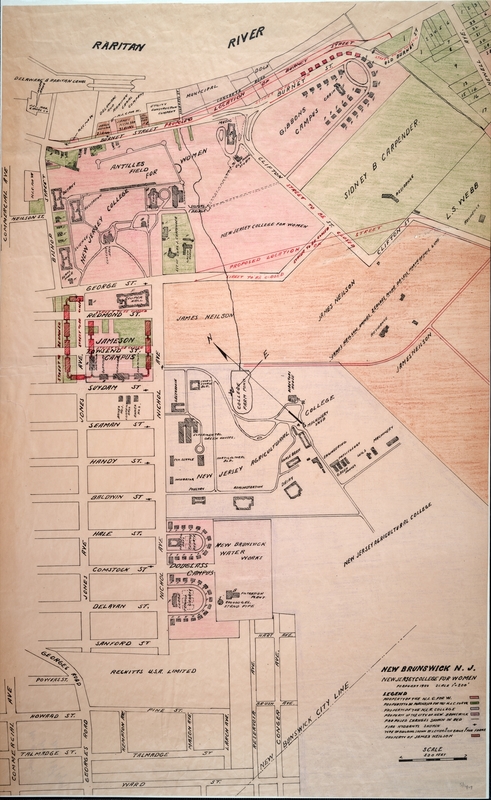 Yet a Klan newspaper reported that the Middlesex County Klan finally “came into its own” on the night of February 2, 1924, when members burned a cross on James Neilson’s property, a large tract of land that bordered the New Jersey College for Women (later Douglass College). A Rutgers alumnus, as well as an influential member of the Board of Trustees, Neilson was one of Rutgers’ most generous benefactors, ultimately donating much of the land that would comprise the Cook/Douglass campus.

The Klan placed the cross at the top of a prominent hill on Neilson’s property known as “lilac fields,” which “commands a fine view of the Raritan and New Brunswick.” Left to burn against the dark night sky for over an hour, the fiery cross likely caught the eye of many in the city—from the young white students at the College for Women to the black residents of the Second Ward—yet the meaning of that symbol varied radically among the individuals who called New Brunswick home. 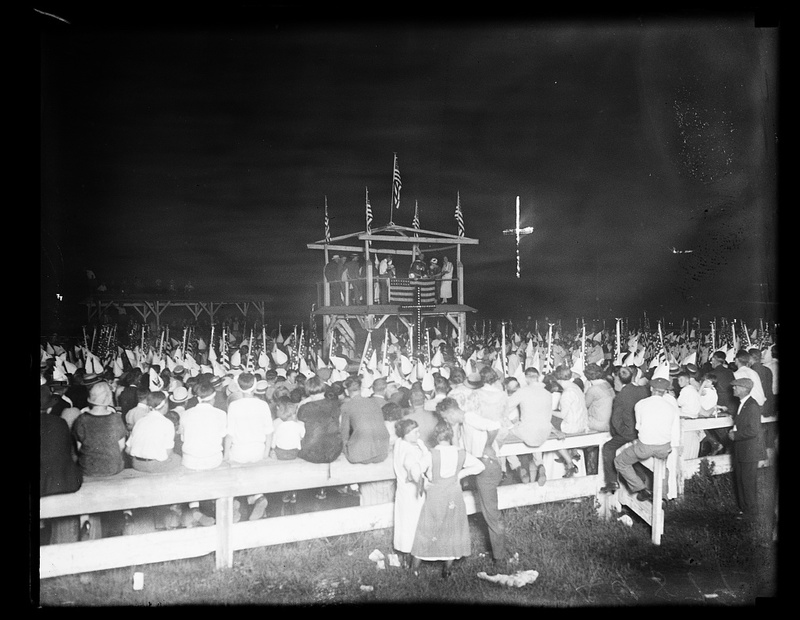 Photograph of a Ku Klux Klan cross-burning ceremony around 1925 at an unidentified location. Produced by the Harris & Ewing photo studio and preserved by the Library of Congress.