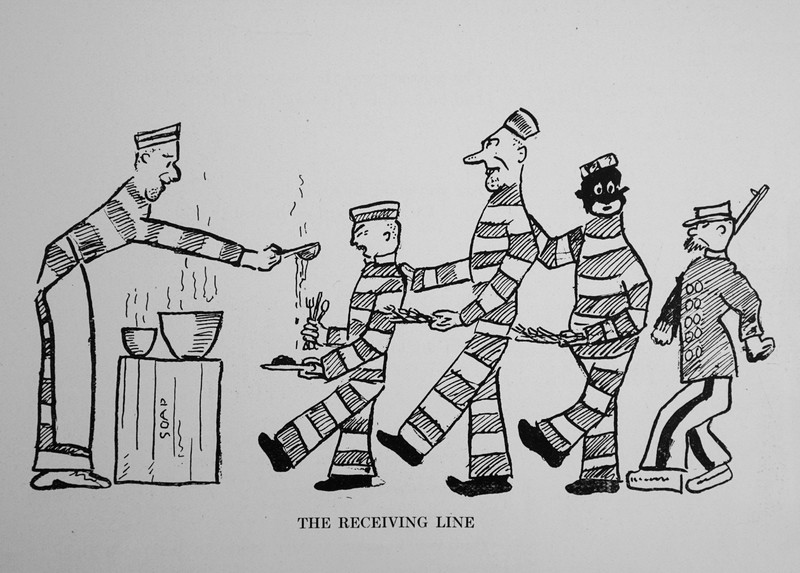 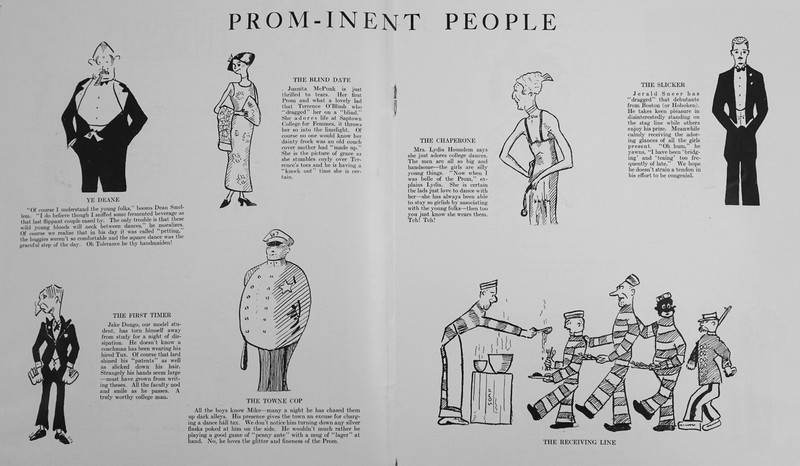 A 2-page spread in the February 1926 issue of the Chanticleer, a humor magazine produced by Rutgers students. The spread is titled "PROM-INENT PEOPLE" and depicts a number of characters in connection with the prom. The characters include Ye Deane, the Blind Date, the Chaperone, the Slicker, the First Timer, and the Towne Cop. The page also depicts a group of characters in striped prison uniforms, including one black character, who line up with cafeteria trays to receive food; the caption below these characters reads: "THE RECEIVING LINE."

No cartoonist signature appears on the page to indicate authorship.