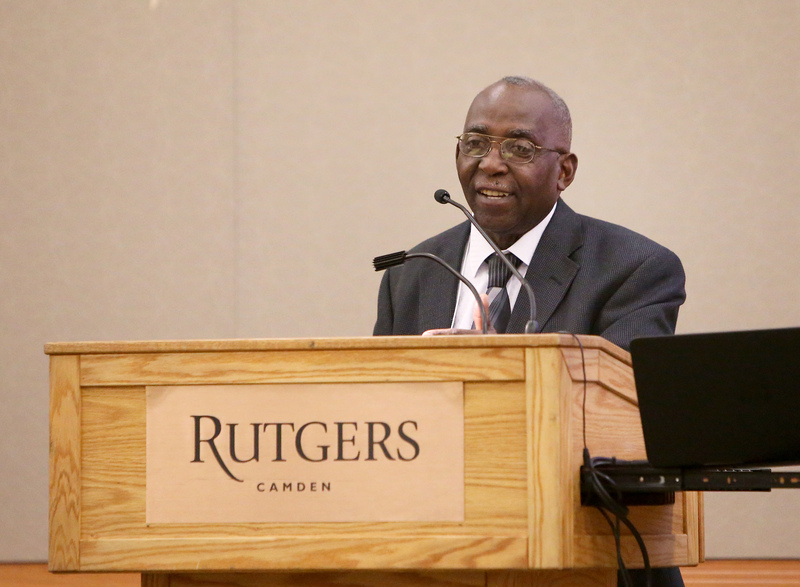 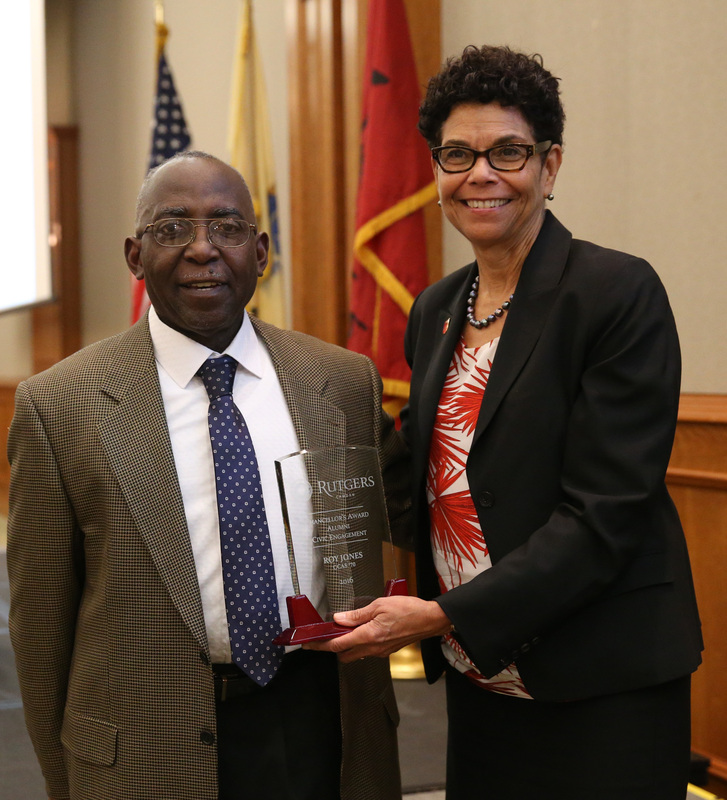 Roy L. Jones was born in Fort Lauderdale, Florida in 1946. He spent his early years in segregated Fort Lauderdale. In 1957-'58, he moved to Atlantic City, along with his mother and four brothers, following an aunt who had moved there in the 1940s. He shares his experiences growing up in the Black community in Atlantic City. After attending two HBCUs, he went to University College at Rutgers-Camden and then enrolled in the Rutgers Camden College of Arts and Sciences (CCAS), graduating in 1970. At CCAS, he was active in the Black Student Unity Movement (BSUM). In the interview, he discusses the demands of the BSUM for greater inclusivity and diversity at the University and the takeover of the College Center on February 26-27, 1969. He helped found the Black Cooperative Association, or Black Co-op, in Camden, which provided food, housing, childcare, healthcare and engagement in the arts. He was also a part of the Cooper-Grant Neighborhood Association, which opposed gentrification in Camden. In the second interview, Jones discusses his experiences as an EOF administrator at Rutgers-Camden and his involvement in the Black student protest movement. He also shares remembrances of the Camden uprisings. His work in environmental justice began in 1971 with opposition to building an incinerator in Camden and has continued through involvement in organizations such as the South Jersey Environmental Justice Alliance and the National Institute for Healthy Human Spaces. He delves into his work in addressing water safety issues in Camden and in the city's public schools. He became a Senior Environmental Fellow in 2008 and has authored several publications, including Toxic Schools in New Jersey. 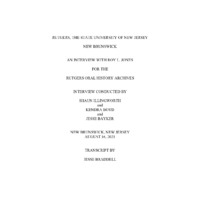 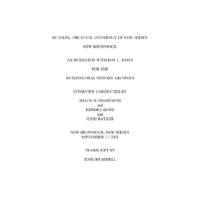