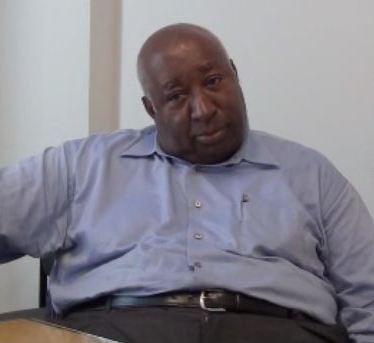 David Harris was interviewed as part of the City of New Brunswick Redevelopment Oral Histories project at the Edward J. Bloustein School of Planning and Public Policy circa 2012 (the exact date of the interview is unknown). This research project spanned from 2009 to 2016 and resulted in the publication of the book New Brunswick, New Jersey: The Decline and Revitalization of Urban America (Rutgers University Press, 2016).

The video of Mr. Harris's interview and the accompanying transcript are available in digital format.

In the early 1960s, David Harris lived in South River, near New Brunswick, and studied part time at Rutgers. Harris explains that New Brunswick, known as “Hub City,” used to be the center of African American culture in the region. In 1965, he began working in New Brunswick for the Middlesex County Economic Opportunities Corporation. Harris explores conflicts between the needs of the community and redevelopment agencies led by Johnson & Johnson, and in this context, discusses the demolition of the Memorial Homes housing project. Having served on the board of the New Brunswick Development Corporation (Devco) for a short time, Harris critiques the lack of genuine input from the public. He asserts that Devco wanted to diminish the African American presence in the business district. Consequently, the welfare office, YMCA and YWCA were removed from downtown. Harris reveals the motivations that led to building the current New Brunswick high school on the outskirts of town. He touches upon the Hyatt Hotel, Hiram Market, leaders in redevelopment such as John Lynch and John Heldrich and the roles of Rutgers, the hospitals and arts venues in urban renewal. Finally, Harris alludes to “unfinished business” and what still needs to be accomplished in the community.