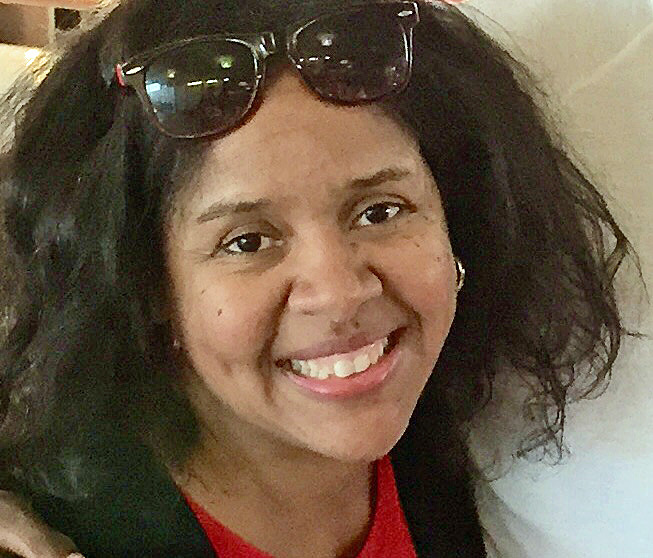 Deborah Shuford was born in Newark, New Jersey in 1959. Her parents grew up in Lowndes County, Alabama, before moving to Newark. For most of her childhood, her family lived in the Weequahic section. Deborah attended Chancellor Elementary School and Arts High School in Newark. During one summer in high school, Deborah attended the Technical Enrichment Program at Stevens Tech in Hoboken.

From 1977 to 1981, Deborah went to Douglass College. She began as an engineering major and switched to journalism and English literature. Deborah earned her bachelor's degree in the Douglass College Class of 1981.

Deborah worked for many years in the communications field. She interned at WOR-AM talk radio. She worked at ABC Radio and Television Network and then at the Public Broadcasting Service (PBS).

In 2001, Deborah began studying for her master's degree at American University. After earning her master's in film in 2003, Deborah worked as a professor at institutions of higher education, including McDaniel College, Howard University and Rutgers University, where she developed a variety of courses in film studies and African American studies. She also worked as a producer, writer and documentary filmmaker.

In addition to being an active alumna at Rutgers-New Brunswick, Deborah has volunteered at the New Jersey Tree Foundation and as a career coach at New Start.

In the first interview session, recorded on June 8, 2018, Deborah discusses her family's history in Lowndes County, Alabama, notably her grandmother's involvement in the voter registration efforts spurred on by Stokely Carmichael and the Student Non-Violent Coordinating Committee in the summer of 1965. In discussing her childhood, Deborah talks about her family, siblings, parents' careers, traveling, education and neighborhoods in Newark.

In the second interview, Deborah talks about the military service of her family members. She traces her family's roots in Alabama and her parents' migration to New Jersey. Growing up in the Weequahic section of Newark, she compares and contrasts the city before and after the Newark rebellion of 1967.

In the third interview session, Deborah discusses her experiences during high school at Arts High in Newark. In 1977, she began attending Douglass College as an engineering major. She switched to journalism and recalls memorable professors Roger Cohen in journalism and Cheryl Wall in English. She describes student life and traditions at Douglass and the impact that Dean Jewel Plummer Cobb had upon her, as well as the college.