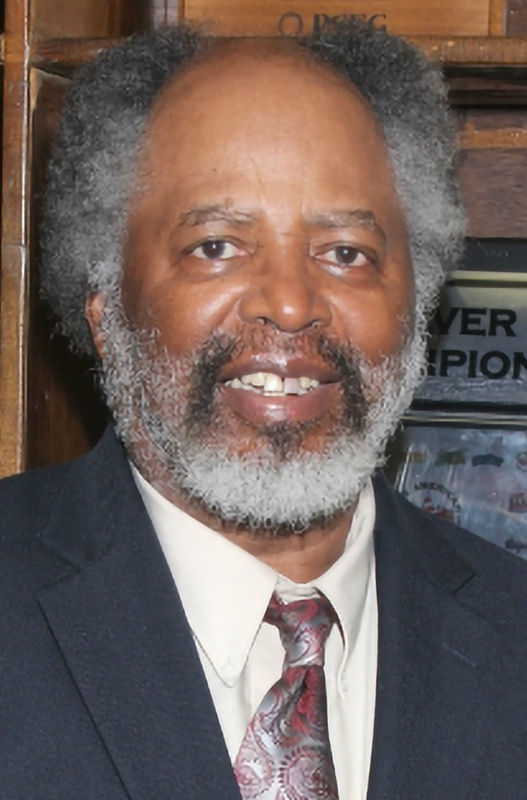 Arnold Norris Byrd was born to Laura Bertha and Ralph Herman Byrd in Camden, New Jersey, in 1939. Byrd attended Rutgers University in New Brunswick from 1957 to 1961 and earned his Bachelor’s in Psychology while participating in athletics. At Rutgers he was part of the Black Student Union and the ROTC. In 1976, he graduated from Antioch College with a Master’s in Community Education. During the interview, Byrd discusses his family’s decision to move from Virginia as part of the Great Migration and his positive experiences growing up in Camden. He touches on the issue of school integration in the city. The interview includes information about his experiences in the ROTC and his military service in Korea. He ended his service as a captain in the reserves. He describes race relations in the military. He talks about his life-long participation in athletics, especially during his time at Rutgers University and while serving in the military. Byrd returned to Camden and spent most of his life residing in his hometown. The interview highlights his civil service and economic development work in the city, including work for the Welfare Board and his decades as the Executive Director of the Camden County Council on Economic Opportunity (OEO). He describes his relationship with Camden leader Poppy Sharp and the Black People’s Unity Movement. He also discusses his perspectives on Martin Luther King Jr. and Malcom X. 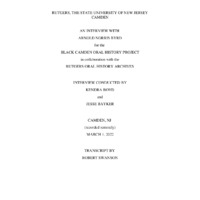