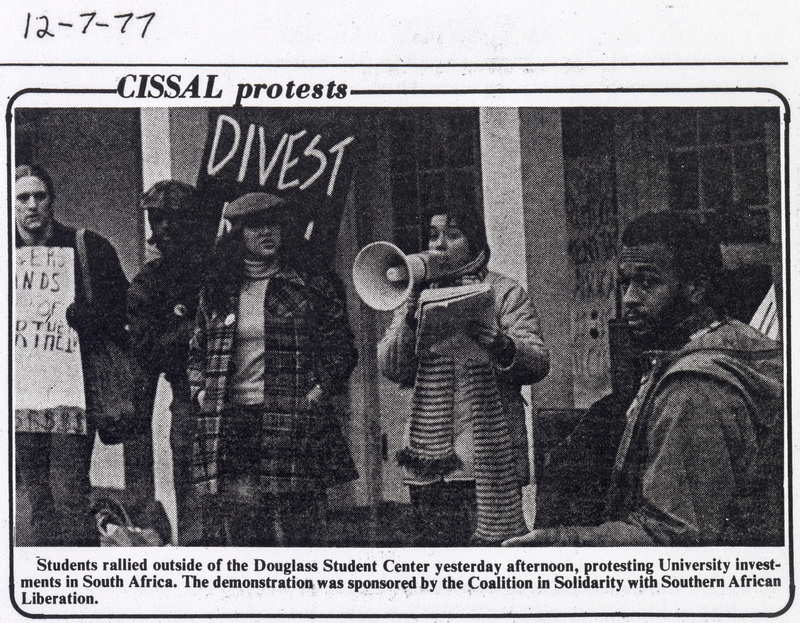 Clipping from a newspaper featuring a photograph from an anti-apartheid rally. Missing name of the publication, but likely the Targum (the daily student newspaper). The date hand-written on the clipping is December 7, 1977, which is probably the date of the newspaper publication. The event pictured is a rally that was held on December 6, 1977. The caption reads: "Students rallied outside of the Douglass Student Center yesterday afternoon, protesting University investments in South Africa. The demonstration was sponsored by the Coalition in Solidarity with Southern African Liberation."