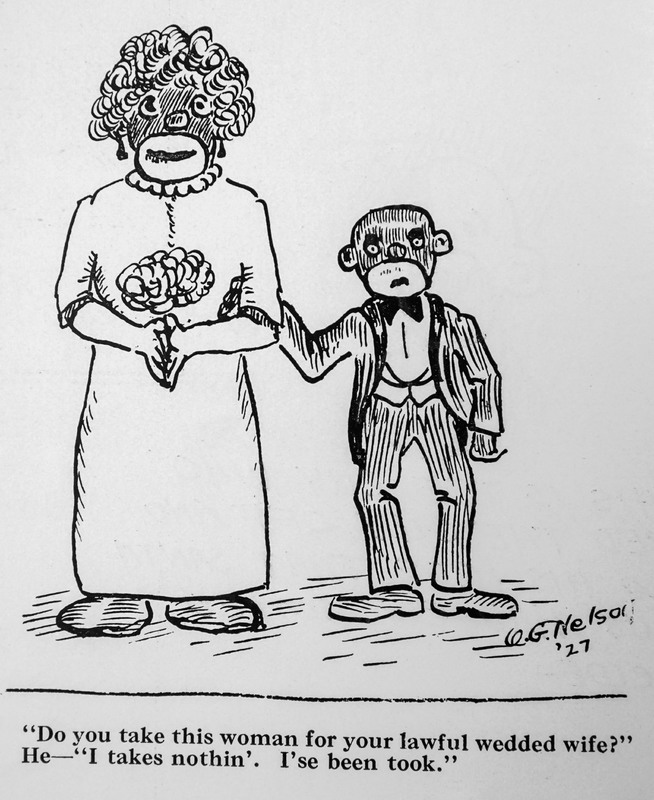 Cartoon printed in December 1924 in the Chanticleer, a humor magazine produced by Rutgers students. The image is a caricature of a black couple in wedding attire. The caption below in the image reads:

"Do you take this Woman for your lawful wedded wife?"
He—"I takes nothin'. I'se been took."