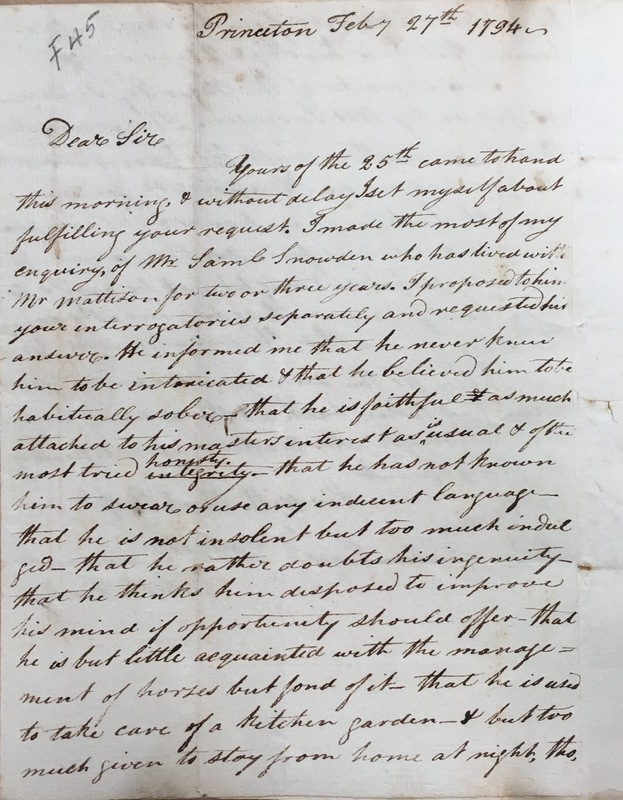 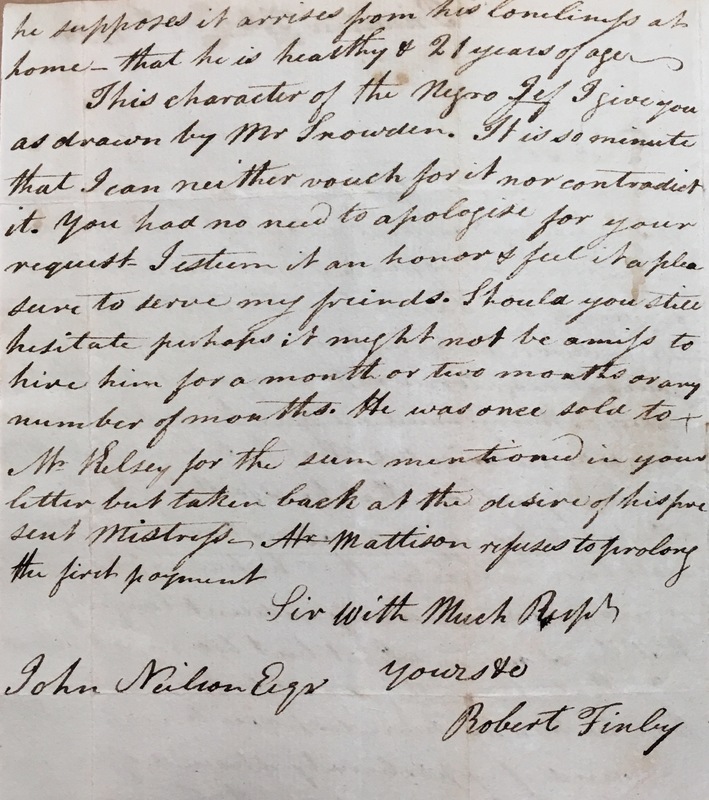 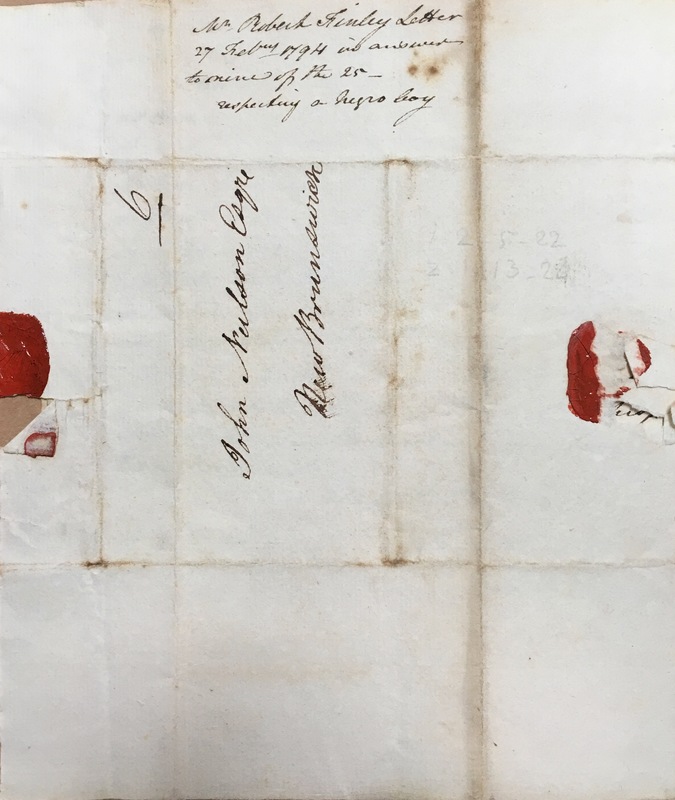 A letter detailing Robert Finley's account of speaking with Samuel Snowden and Mr. Mattison about an enslaved man named Jef. The letter mainly details Jef's personal qualities and skills, as Neilson wishes to purchase Jef but has no prior account of him.

Dear Sir, Yours of the 25th came to hand this morning, & without delay I set myself about fulfilling your request. I made the most of my enquiry, of Mr. Saml Snowden who has lived with Mr. Mattison for two or three years. I proposed to him your interrogatories separately and requested his answer. He informed me that he never knew him to be intoxicated & that he believed him to be habitually sober-- that he is faithful as much attached to his masters interest as is usual & of the most tried integrity honesty-- that he has not known him to swear or use any indecent language-- that he is not insolent but too much indulged-- that he rather doubts his ingenuity-- that he thinks him disposed to improve his mind if opportunity should offer-- that he is but little acquainted with the management of horses but fond of it-- that he is used to take care of a kitchen garden-- & but too much given to stay from home at night, tho

[page 2]
he supposes it arises from his loneliness at home-- that he is healthy & 21 years of age.

This character of the Negro Jef I give you as drawn by Mr. Snowden. It is so minute that I can neither vouch for it nor contradict it. You had no need to apologize for your request. I esteem it an honor & feel it a pleasure to serve my friends. Should you still hesitate perhaps it might not be amiss to have him for a month or two months or any number of months. He was once sold to Mr. Kelsey for the sum mentioned in your letter but taken back at the request of his present Mistress. Mr. Mattison refuses to prolong the first payment. Sir with Much Respect Yours to John Neilson Esq. Robert Finley