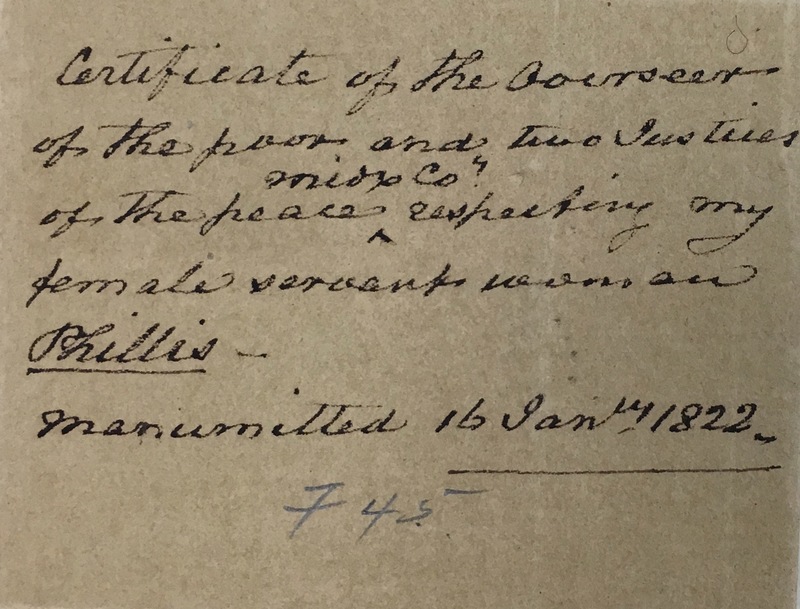 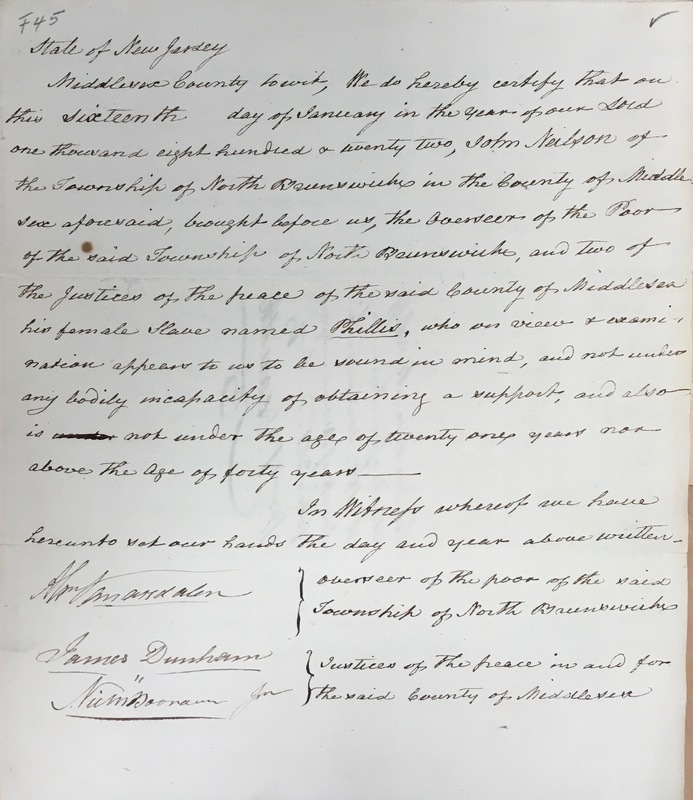 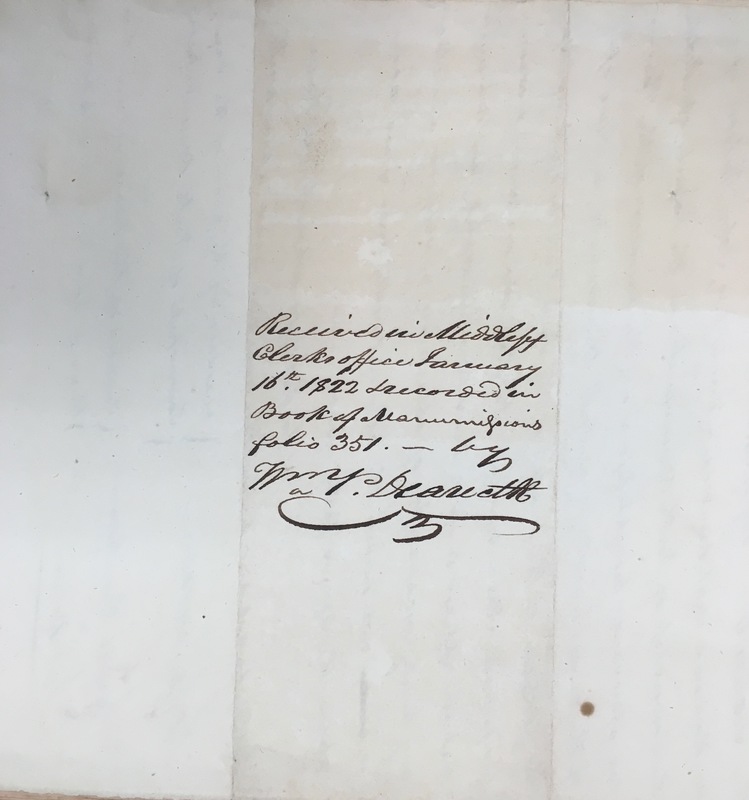 Slaveholder John Neilson manumitted Phillis on January 16, 1822. This item is the original certificate of manumission signed by the Overseer of the Poor of the Township of North Brunswick (Abraham Van Arsdalen) and two Justices of the Peace for Middlesex County (James Dunham and Nicholas Booraem Jr.). This original was preserved in the Neilson Family Papers. A manuscript copy of this certificate along with a copy of John Neilson's deed of manumission for Phillis can also be found in the Book of Manumissions for Middlesex County on pages 351 and 352.

Certificate of the Overseer
of the Poor & two Justices
of the Peace Midsex Coty. respecting
my female servant woman
Phillis
Manumitted 16 January 1822

State of New Jersey
Middlesex County to wit, We do hereby certify that on
this sixteenth day of January in the year of our Lord
one thousand eight hundred & twenty two, John Neilson of
the Township of North Brunswick in the County of Middlesex
aforesaid, brought before us, the Overseer of the poor
of the said Township of North Brunswick, and two of
the Justices of the Peace of the said County of Middlesex,
his female slave named Phillis, who on view & examination
appears to us to be sound in mind, and not under
any bodily incapacity of obtaining a support, and also
is not under the age of twenty one years nor
above the age of forty years.
In witness whereof we have
hereunto set our hands the day & year above written

Abrm. Van Arsdalen } Overseer of the poor of the said township of North Brunswick

James Dunham }
Nich. Booraem Jr. } Justices of the peace in and for the said County of Middlesex