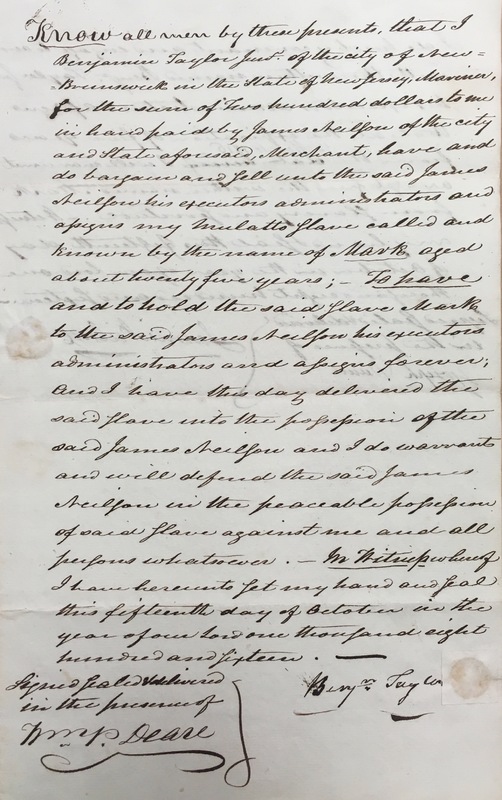 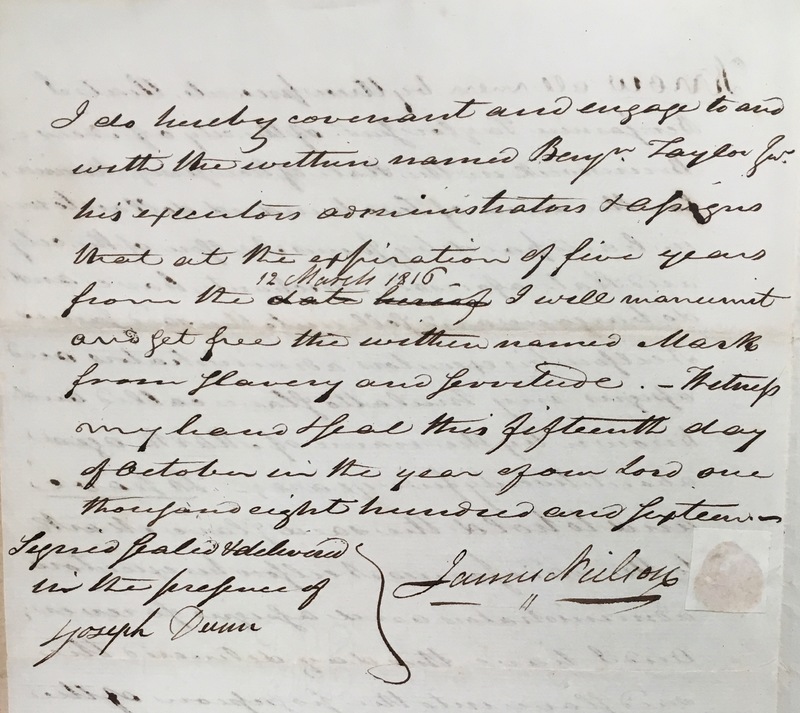 [Mark was married to Ambo, a woman who was enslaved to James Neilson's father John Neilson (1745-1833). At the time of this slave sale in 1816, Mark and Ambo already had at least two children together. Mark was the father of Ambo's children Ann, Eliza, and Mark, and probably the father of Ambo's daughter Clara. See related birth records, manumissions, and African Association permission slips for Ambo and Mark Harris family.]

Sign sealed & delivered in the presence of } Wm P. Deare

I do hereby covenant and engage to and with the written named Benjn Taylor Jnr his executors administrators & assigns that at the expiration of five years from the date 12 March 1816 I will manumit and set free the written named Mark from slavery and servitude. —Witness my hand & seal this fifteenth day of October in the year of our Lord one thousand eight hundred and sixteen.

Sign sealed & delivered in the presence of } Joseph Dunn