In 1892, James Dickson Carr became the first black man to graduate from Rutgers University. Over the course of the following half-century, another twenty-four would follow in his footsteps. They were "the forerunner generation," entering an exclusive white men's school before the movement for Civil Rights and desegregation reshaped the university into a more diverse and accessible institution.

This exhibit brings together photographs and brief biographical sketches of all twenty-five African American men who attended Rutgers University before the end of World War II. Paul Robeson, who graduated in 1919 and whose legacy we have celebrated with centennial commemorations in 2019, is the most famous of the forerunners. Carr, Robeson, and six other men are profiled in our book Scarlet and Black, Volume 2: Constructing Race and Gender at Rutgers, 1865-1945. This alumni gallery expands the work that began with the book and honors the lives of all twenty-five pioneers. 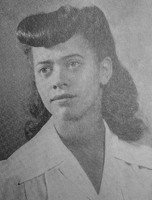 Research for the book Scarlet and Black, Volume 2: Constructing Race and Gender at Rutgers, 1865-1945 expanded beyond Rutgers College to include the New Jersey College for Women (NJC). Established in 1918 as a premier women’s college in New Jersey, NJC (which later became Douglass College) did not admit its first African American student, Julia Baxter Bates, until 1934. Keeping in line with the goals of the Scarlet and Black Project, my fellow researcher Pamela Walker and I were tasked with identifying and narrating the lives of women at the margins: African American women, non-black women of color, and Jewish women who had attended NJC. The book's fourth chapter, “Profiles in Courage: Breaking the Color Line at Douglass College,” presents the results of our research. This exhibit explains our research process as we dug into the archive to uncover the story of Veronica Henriksen, NJC class of 1944. 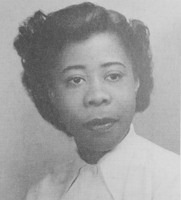 Douglass College was founded in 1918 and was originally known as the New Jersey College for Women (NJC). Although NJC admitted a handful of black students beginning in 1934, the college's residence halls were segregated. Black women had to live off-campus and commute to school until Emma Andrews and Evelyn Sermons desegregated the dorms in 1946. This exhibit highlights the key players in the desegregation of NJC’s residence halls, black women's campus experiences, and the impact of this pivotal moment in NJC’s history.

This exhibit sheds light on the forgotten history of the New Brunswick branch of the NAACP in the 1920s. The case of Silas Parmore, who sought refuge from Georgia's mob violence in New Brunswick, galvanized local activists in 1923. This is a story about how black leaders in New Brunswick, together with a white Rutgers-educated young lawyer, fought to protect Silas Parmore from lynching.

This exhibit traces the activities of the Ku Klux Klan in New Brunswick in the 1920s during what’s known as the second era of the Klan.

The Ku Klux Klan (KKK) is an American white supremacist hate group. The first Klan emerged as a vigilante group in the South after the Civil War. During the first era of the Klan, the group actively terrorized and intimidated newly emancipated African Americans in the South from 1865 until it was suppressed in the early 1870s. Then in the 1910s, the Klan reemerged in Georgia. In the 1920s, this second manifestation of the Klan grew into a large national organization with thousands of members joining local chapters throughout the country including in New Jersey.

In 1892, James Dickson Carr became the first black man to graduate from Rutgers University. Over the course of the...