Tribute to teacher John Chandler in the Wardlaw-Hartridge School yearbook 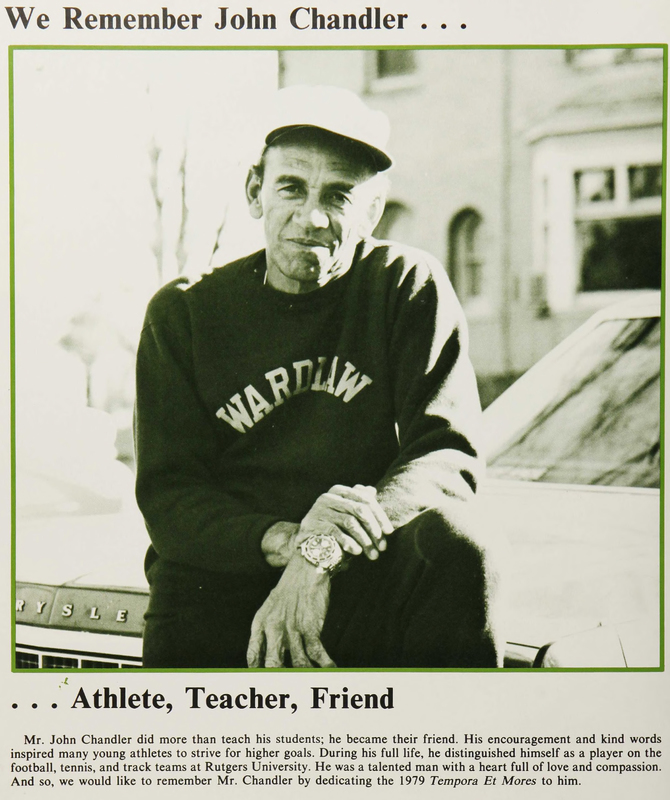 Tribute to teacher John Chandler in the Wardlaw-Hartridge School yearbook

Photograph and tribute to John T. Chandler RC1937 in the 1979 Tempora Et Mores yearbook of the Wardlaw-Hartridge School in Edison, NJ. Chandler was a physical education teacher and coach at the school. Chandler passed away in October of 1978, and the 1979 yearbook was dedicated to him.

Although the text of the dedication states that Chandler "distinguished himself on the football, tennis, and track teams at Rutgers University," this is not entirely correct. He participated in track and 150-pound football at Rutgers and was a star athlete. But despite his outstanding talent and skill in tennis, he never had the opportunity to officially represent Rutgers on the tennis court due to racial discrimination that prevailed in that sport.