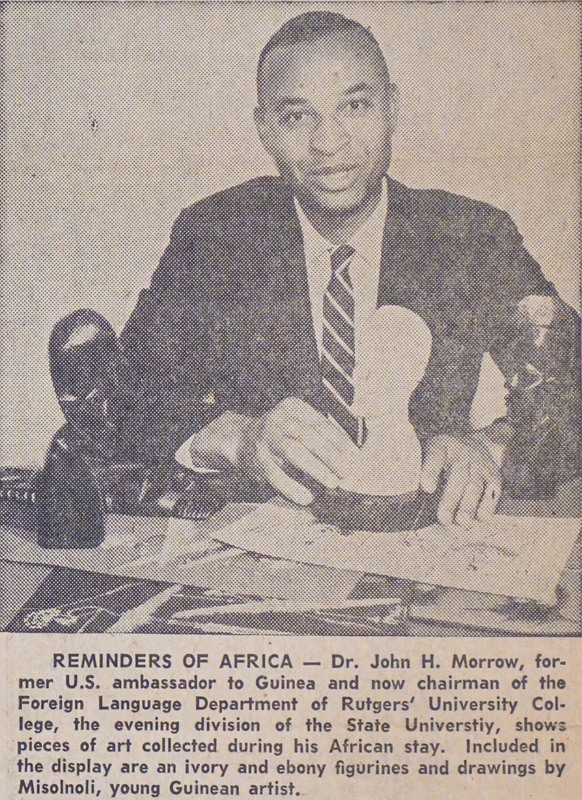 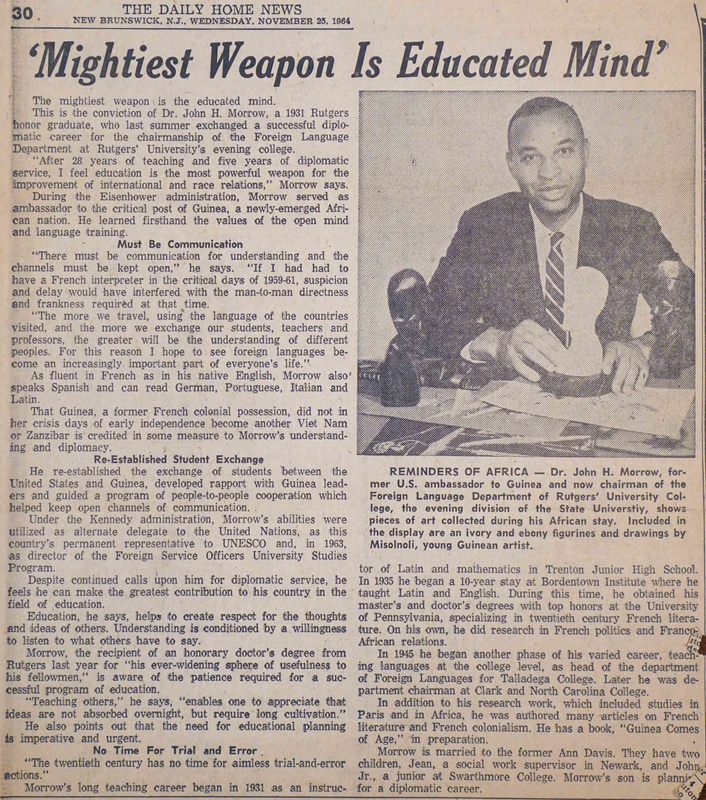 Profile of John Howard Morrow (RC 1931), including a photograph of Morrow with pieces of art collected in Africa during his time as the US ambassador to Guinea. After his diplomatic service, Morrow became the chair of the Foreign Language Department at Rutgers. Morrow is quoted as saying: "After 28 years of teaching and five years of diplomatic service, I feel education is the most powerful weapon for the improvement of international and race relations." This profile of Morrow was released to the press by the Rutgers News Service and appeared in several New Jersey newspapers, including the New Brunswick newspaper Daily Home News and the Trenton Evening Times. The press release and the newspaper clippings have been preserved in Morrow's alumni biographical file. The attached image shows the article as it appeared in the Daily Home News.