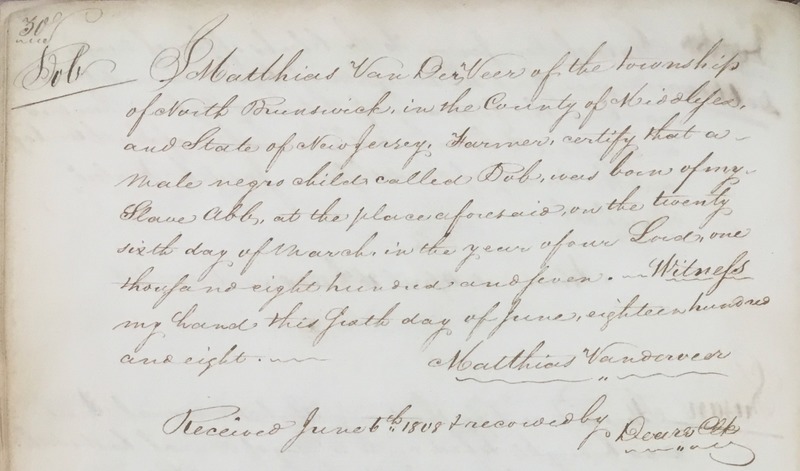 I Matthias Van DerVeer of the township of North Brunswick in the County of Middlesex, and State of New Jersey, Farmer, certify that a male negro child called Bob, was born of my slave Abb, at the place aforesaid, on the twenty sixth day of March, in the year of our Lord, one thousand eight hundred and seven. Witness my hand, this Sixth day of June, eighteen hundred and eight.