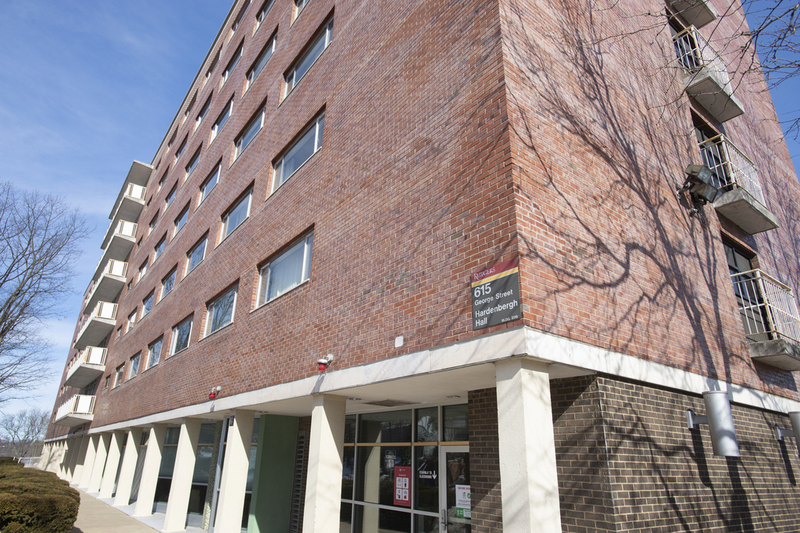 Hardenbergh Hall serves mainly as a residence hall, but also provides classroom space on its lower floors. It was built in 1956 as one of the three "River Halls" that overlook the Raritan River on the College Avenue Campus. The building is named after the college's first President Jacob Rutsen Hardenbergh (1736-1790). 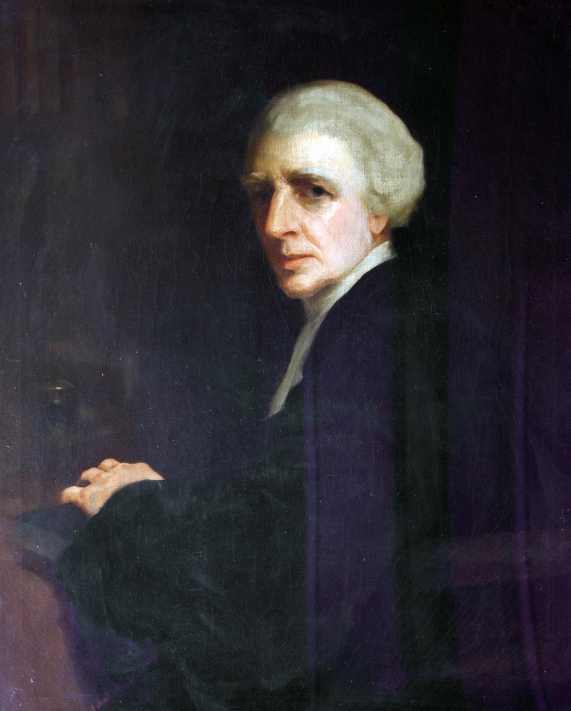 Jacob Rutsen Hardenbergh was one of the chief founders responsible for establishing Queen's College in 1766 and was active in the college's affairs for over two decades before he was appointed its first president by the trustees. He was a Dutch Reformed minister who came from a prominent slaveholding family in Ulster County, New York, and took over the churches on the Raritan after his mentor Johannes Frelinghuysen passed away. Slaveholding was an ordinary part of life for the Dutch landowners in New York and New Jersey in this era, and the Rev. Hardenbergh was used to employing enslaved labor in his home. Unfortunately, we do not know how many enslaved people came in and out of Hardenbergh's parsonage over the years or their names. We know that his wife, the widow Dina Van Bergh, inherited three slaves from her first marriage. 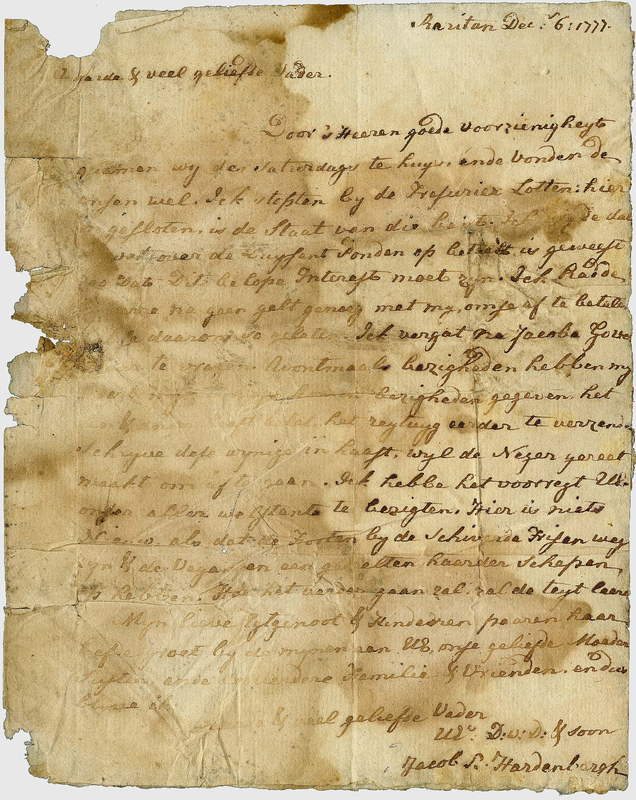 Here we have a letter that the Rev. Jacob Rutsen Hardenbergh wrote to his father during the Revolutionary War in 1777. In this letter, the Rev. Hardenbergh casually mentioned an enslaved man at his home on the Raritan, but did not call the man by name, referring to him simply as a "negro."

Jacob Rutsen Hardenbergh's family in Ulster County, New York, owned many slaves, including one who became a famed abolitionist: Sojourner Truth, whose name is now also honored at Rutgers University.

President Hardenbergh's son Jacob R. Hardenbergh Jr. (1767-1841) was also involved with the college for nearly all of his life. He was an early alumnus of the college (class of 1788) and then served on the Board of Trustees for almost 50 years. Jacob Jr. continued his family's slaveholding into the nineteenth century.

Below you can see an advertisement that Jacob R. Hardenbergh Jr. placed in the local newspaper the Guardian, or New-Brunswick Advertiser on December 16, 1800. In this advertisement, Jacob Jr. offered to sell a thirty-five-year-old black woman who was described as a "good cook." 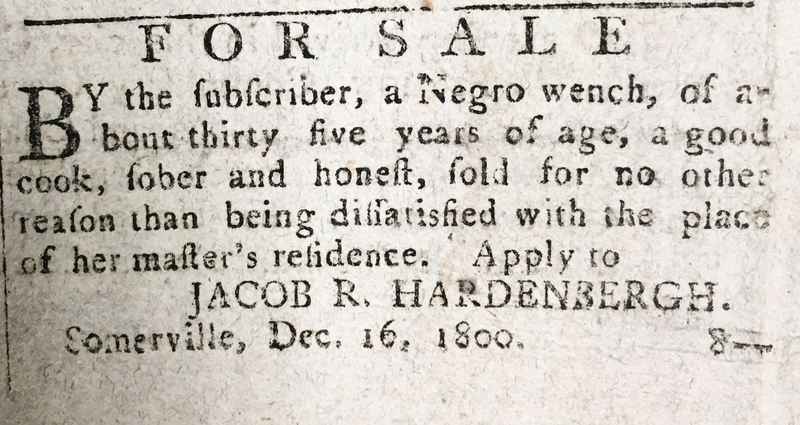