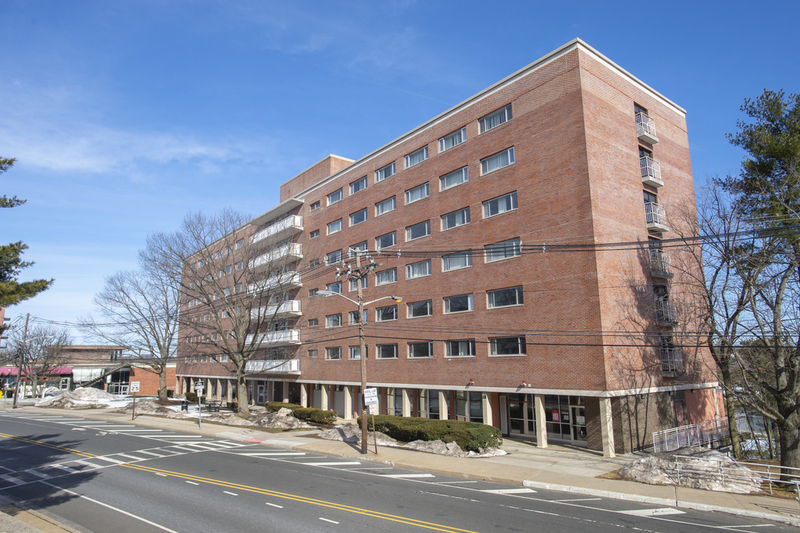 Known as one of the three “river dorms,” Frelinghuysen Hall was built overlooking the Raritan River on the College Avenue Campus in 1956. It was named for the Rev. Theodorus Jacobus Frelinghuysen, a theologian and minister in the Dutch Reformed Church who emigrated in 1720 to the Province of New Jersey. He was the patriarch of the Frelinghuysen family, and an early supporter of the movement to establish a school in the area. Two of his sons, Theodorus Jacobus II and Johannes took up the cause and were instrumental in the founding of Queens College (which was later renamed Rutgers).

As was customary for a man of the Rev. Frelinghuysen’s position, he owned a number of slaves. They performed household tasks such as cooking and cleaning for the minister and his family. 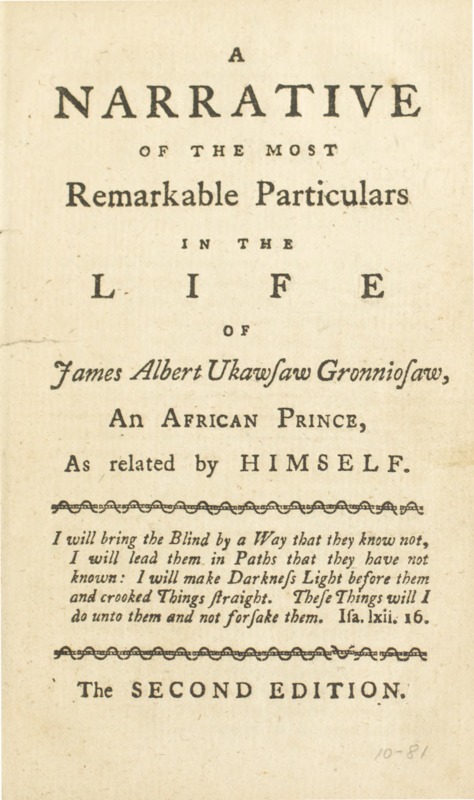 Although most of the names of the Rev. Frelinghuysen's slaves have been lost to us, we know that one of the enslaved men in his household was Ukawsaw Gronniosaw. Near the end of his life, in 1772, Gronniosaw published an autobiography, which provides a rare glimpse of what life was like for enslaved people on the Raritan in the middle of the 18th century.

As a young man, Ukawsaw Gronniosaw was captured in Africa and sold to a Dutch slave trader. After surviving the treacherous voyage from Africa to the Caribbean and then to New York, Gronniosaw was purchased by the Rev. Theodorus Jacobus Frelinghuysen and brought to Raritan to live and work. Gronniosaw missed his family in Africa and suffered greatly because of this. He repeatedly asked his master to allow him to return to his family, but he never got a chance to go back home. He was taught about the Christian faith by his new master. Although Gronniosaw found the tenets of his master's faith strange at first, he eventually converted to Christianity.

Upon the Rev. Theodorus Jacobus Frelinghuysen’s death, Ukawsaw Gronniosaw was granted his freedom, albeit with the understanding that he would stay on and remain as a servant to the household. Eventually, Gronniosaw left Raritan and the Frelinghuysen family and became a sailor. He sailed throughout the Caribbean and Europe and then settled in England, taking the English name James Albert. It was here in England that he published his autobiography in 1772, a book titled A Narrative of the Most Remarkable Particulars in the Life of James Albert Ukawsaw Gronniosaw, An African Prince, as Related by Himself. He died in Chester, England, in 1775.