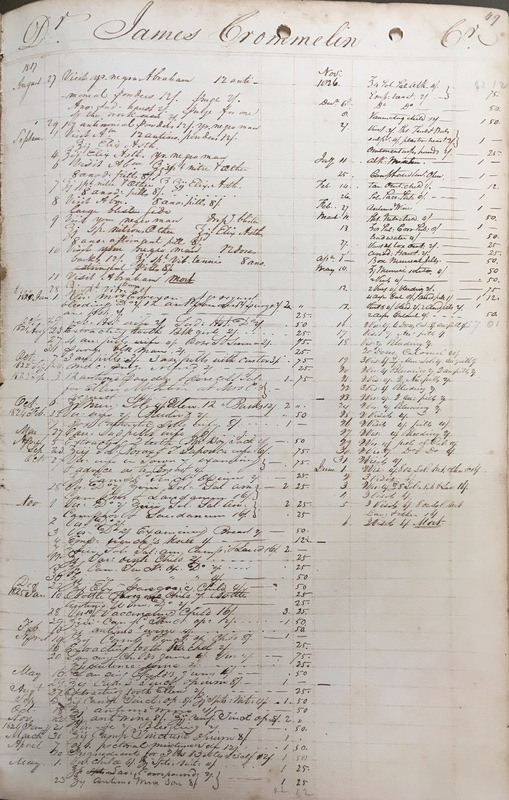 Dr. Jacob Dunham was a physician who practiced medicine in New Brunswick for three decades. Jacob Dunham’s father, Azariah Dunham, was an early trustee of Queen’s College, a Revolutionary War colonel, the first mayor of New Brunswick after the war, an extensive landholder, and a slave owner. Because he came from a prominent family in New Brunswick, Jacob Dunham’s accounting ledger was preserved in the Rutgers Special Collections and University Archives. In this book, Dunham kept a careful record of people who owed him money. For many years, the physician meticulously recorded the money that white locals—and some free people of color—owed him for medical treatments that he provided. Dunham’s ledger shows that he treated free and enslaved black patients in and around New Brunswick between the years 1816 – 1831. Although the ledger begins in 1816, Dunham carried over balances from a previous ledger, so it is likely that he also treated blacks in the New Brunswick area prior to 1816. Though the information on African Americans in this record is fragmentary, Dunham’s accounting ledger provides insight on the health and healthcare of free and enslaved blacks, as well as the familial relationships and employment of African Americans in this period.