Several free African Americans were patients of Jacob Dunham and held their own accounts with the doctor. Sometimes Dunham treated these individuals only once or twice. Others received treatment for several years.

A free black woman named Sib received medical services from Dr. Dunham only one time on April 6, 1818. Sib received a vaccination for herself.

Dr. Dunham visited Eunis (a free black woman) four times between 1816 and 1817. She received pills and draught for herself and her child Isaac. 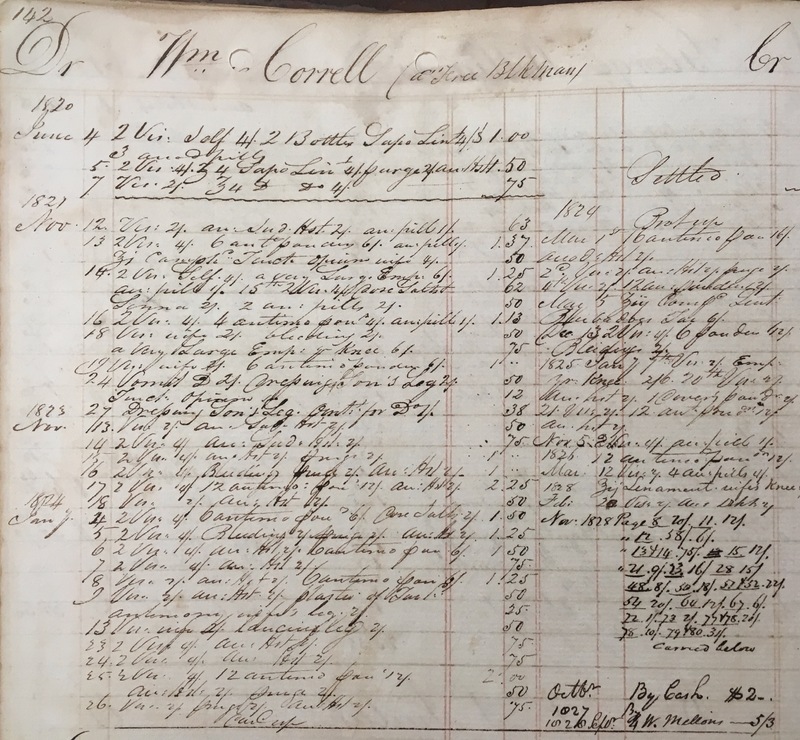 William Correll, an African American patient of Jacob Dunham's, had one of the longest-running accounts with the doctor spanning from 1820-1828. Correll was a prominent member of New Brunswick's African American community. He was a member of the African Association of New Brunswick and served on the organization's Standing Committee. Correll's son, William Correll Jr., was also Dunham's patient and held an account with the doctor.

From August 21-30, 1818 Dunham provided medicine and visits to the wife of Robert Clark, a free black man. Clark never paid for the charges on his account. When the executors of Jacob Dunham’s estate attempted to collect unpaid accounts (after Dunham’s death in 1832), they recorded that Robert Clark was: “dead, nothing to be had.” 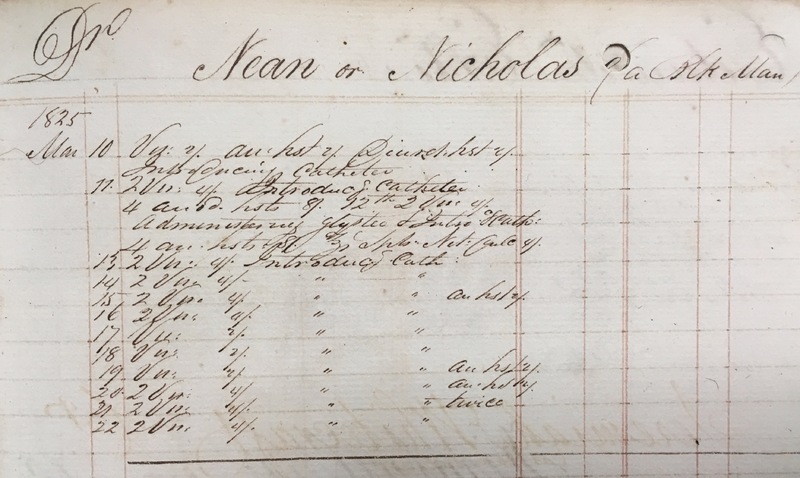 Between March 10-22, 1825 Jacob Dunham recorded the medical service he provided to a black man named “Nean or Nicholas.” It is probable that Nean/Nicholas was formerly enslaved. It was not uncommon for enslaved people to be known by more than one name, especially if they had been owned by several families.

Jacob Dunham's ledger contained an account for "Jasper (a blk man at Miles Smith’s)." Miles Smith was a slave owner, but it seems Jasper was not his slave, or else Jasper had enough autonomy to hold his own account with Dr. Dunham. In September 1825 Dunham provided Jasper with medicine and paid a visit to Jasper’s “wife at the Landing” [near the bridge]. It is likely that Jasper and his wife did not live together.